6 Risks in September: Expecting a Bear Rebound May be Disappointed

Below are some of the factors that still affect the development of US stocks:

The bank raised its final interest rate forecast by the end of 2022 to a range of 4%-4.25%. Specifically, the interest rate will be raised by 75 bps in September and 50 basis points in November and December.

According to the latest survey of economists released by the media, most economists expect the ceiling of the federal funds rate to hit 4% by the end of 2022, to maintain this position in 2023, and to cut interest rates in early 2024.

You may know that raising interest rates will cause asset prices to fall, but don't understand the process clearly. The impact of interest rate hikes is mainly divided into two parts, namely valuation and performance, also known as Davis Double Play.

Davis’s financial life had three phases: learn, earn, and return. The learn phase lasted into his early forties , and the earn phase stretched from his forties into his late seventies . At that point, he tackled the return phase.” Return phase = philanthropy. Davis died in 1994 leaving $900 million to personal cause . 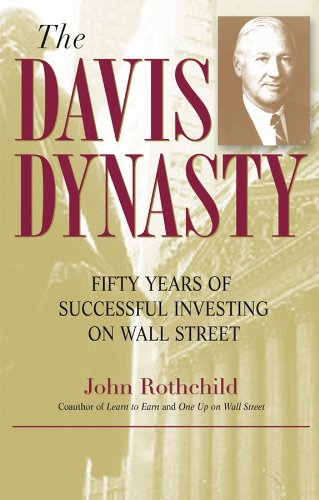 On Monday's trading, the US 30-year mortgage rate soared to 6%, the highest since November 2008. The dollar was unchanged after the news, but all asset prices fell. This shows that the rise in risk-free interest rates is gradually eroding the real demand for assets.

Last week, the economic barometer $FedEx(FDX)$ issued a profit warning, the CEO even directly warned that "we are entering a global recession, and the company data is not a good omen." 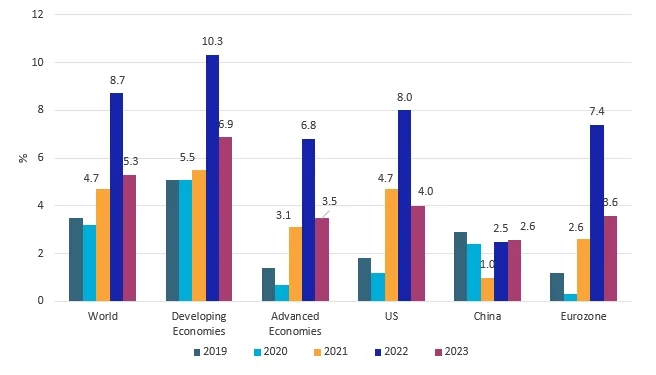 The Monetary Authority of Singapore said that in the medium term, global inflation is likely to remain at higher levels for longer than the low levels of benign inflation seen over the past decade.

The U.S. CPI data rose more than expected in August and the number of initial jobless claims released a signal that inflation was entrenched, reinforcing the importance of accelerating interest rate hikes.

Overall, high inflation and economic recession are still the main factors under pressure on US stocks. At present, the actual interest rate hike action has not been fully transmitted to the demand side, and reducing inflation not only depends on the strength of interest rate hikes, but also takes time to ferment.

Goldman Sachs also sharply lowered its GDP growth rate forecast for the U.S. economy this year to 0 from 4% a year ago, and lowering its economic forecast for next year to 1.1% from an earlier 1.5%. 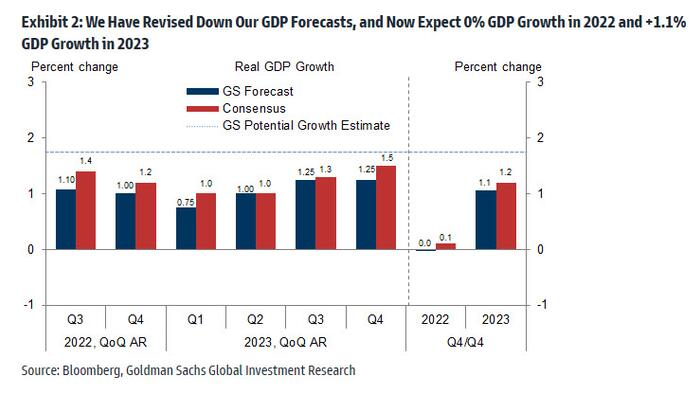 This week, repurchase, an important engine of U.S. stocks, stalled. Beginning last Friday, 50% of S&P 500 listed companies entered a silent period for repurchase for one month. During the period of silence, Goldman's repurchase unit has turned back to its usual busy state, with the 10b-5.1 program kicking in, reducing average daily trading volume by 30-35%, or about 0.7 times the average daily volume in 2021. The slowdown is crucial and means stocks could be even worse.

According to Goldman Sachs calculations, there will be more selling pressure by the end of September - pension fund monthly and quarter-end rebalancing. 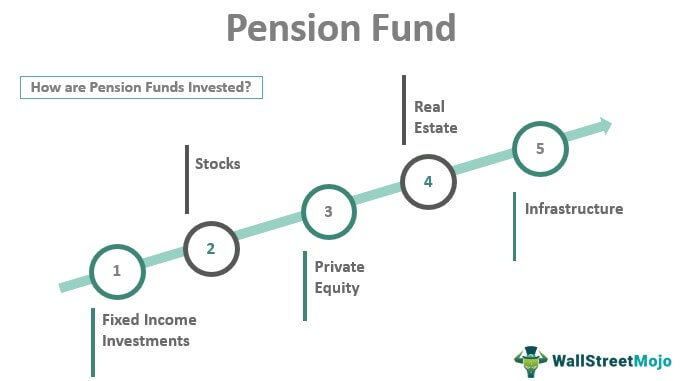 While Last two weeks of quarter could see rally due topension fundrebalancing in a similar manner to March and June. This is counter to strong seasonal tendencies and up to 84 billion dollars of debt securities maturing on Fed's balance sheet in last two weeks.

Earlier, UBS strategist Nicolas Le Roux pointed out that CTA will turn bearish again in September, and recently US stocks may face some selling pressure from CTA in the next two weeks.

JPMorgan analyst John Schlegel said, if the economy ends up heading for a recession, U.S. stocks could even fall below their mid-June lows, at which point the CTA strategy fund could be shorting stocks further.

Goldman Sachs expects to buy $7.7 billion in stocks in the coming week and reduce its holdings of $614 million in the next month as the stock market rebounds.

Another statistic to watch is that fund managers have now raised their cash balances to 6.1%, the highest level in 20 years. Rising interest rates have made cash investing equally attractive, both positive and negative.

Bank of America's global fund manager survey for September shows sentiment among money managers is 'super-bearish'. ET takes a look at the key highlights of the brokerage's survey based on responses from 212 participants with $616 billion in assets under management (AUM). The findings reflect the mood among global fund managers.

Fund managers' average cash balance has risen to 6.1% in September - the highest since October 2001 after the 9/11 shock, and well above the long-term average of 4.8% as recession concerns rise, the survey said.

The bad news doesn't stop there, US stocks are hardly optimistic this week, and Goldman Sachs warned that anyone expecting a "bear market rebound" may be disappointed.

Want to join other topics as well to win more coins?