Truss as the new Thatcher 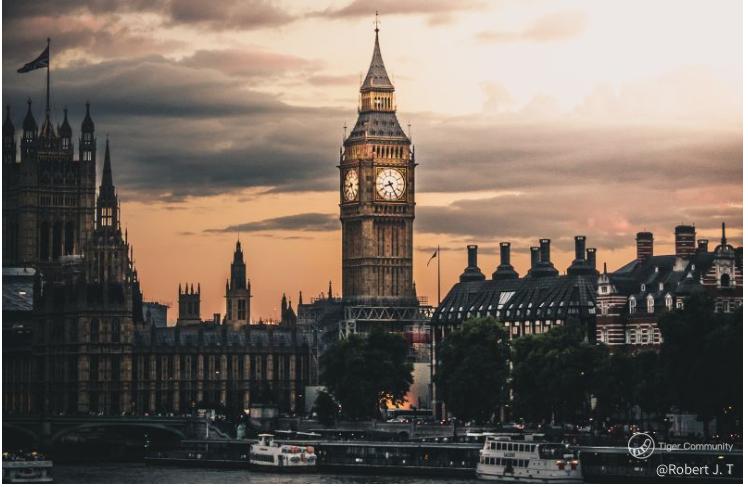 The pound fell last week to its lowest level against the dollar since 1985 and five-year interest rates rose 50 basis points in a single day. The trigger was a £45bn package of tax cuts, the largest in 50 years. With the fall in the pound, Britain's economy is now smaller than that of former colony India. In reaction to the financial markets, Britain is also starting to look more and more like an emerging market, although more like a submerging market than an emerging market. Kwasi Kwarteng, the new finance minister and new prime minister Liz Truss is betting on tax cuts and deregulation with the aim of boosting growth in the UK economy. To pay for everything, Kwarteng wants to borrow tens of billions more. In this regard, it is unfortunate that the UK's two-year interest rate has risen from 0.4 to 4.0 per cent in a year. Moreover, the plan also frustrates the Bank of England's efforts to get inflation under control. 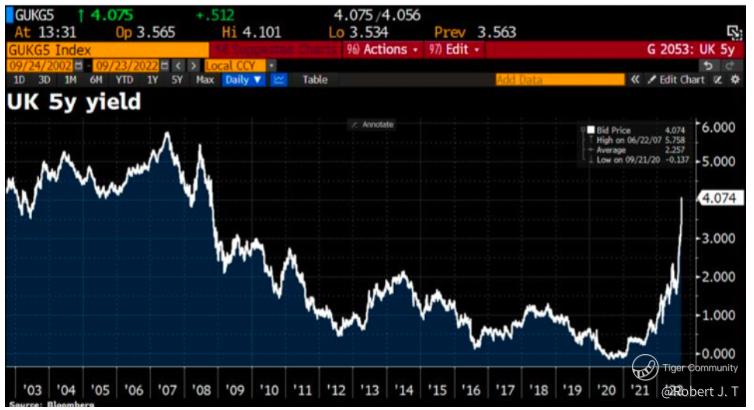 The package of measures also aims to do something about high energy prices. In the UK, there will now be a cap of £2,500 per household and businesses will also get similar support. The top income tax bracket (from £50,750) goes from 45 per cent to 40 per cent and the lowest rate goes from 20 per cent to 19 per cent. The package goes beyond measures introduced by Nigel Lawson, Kwarteng's counterpart, under Prime Minister Margaret Thatcher. For instance, the stamp duty land tax on houses will be abolished or reduced, benefiting first-time homebuyers up to 625,000 pounds. Taxes on dividends are also reduced.

Furthermore, the ceiling on bonuses in the City will disappear. This had been truncated at twice salary under pressure from the European Union and is now being released. According to Kwarteng, it is crucial that jobs in the financial sector return to London and that bankers pay taxes in London and not in Paris, Frankfurt or New York. Incidentally, in recent years, fixed salaries in London have risen sharply due to the bonus cap. Many bankers reacted approvingly to the announced measures. Overall UK tax revenue is likely to increase sharply as a result of this measure. Tax on entrepreneurs will remain at 19 per cent, the lowest level in the G20. 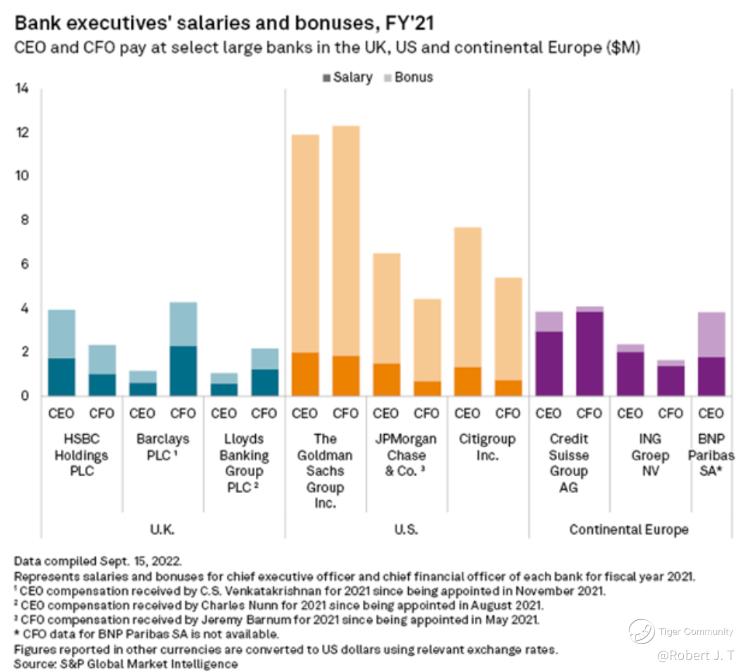 Kwarteng is fully committed to the City of London as a growth engine for the UK economy. On top of tax measures, there will be 38 special economic zones with specific tax cuts and far-reaching liberalisation. Meanwhile, Liz Truss appears to be fulfilling her radical promises during her Conservative campaign. Because of Truss, there will be more diplomatic conflicts with Europe, the UK is belligerent towards China, Scottish nationalism will get a boost and relations with the US will deteriorate because it does not accept the EU protocol between Northern Ireland and the Republic of Ireland. Besides tax cuts and deregulation, defence spending also goes up by 1 per cent of GDP. This increases the budget deficit. Meanwhile, she blames rising inflation on the incompetence of the UK central bank.

Inflation is a symptom of too much money looking for too few goods and services. It cannot be solved by improving Britons' disposable income. Yet Truss is not entirely alone in this. The extent to which energy is subsidised in Europe is striking. Meanwhile, Kwarteng is Britain's first finance minister with a PhD in economics. The question is whether Truss and Kwarteng's unorthodox approach to tackling stagflation is going to work. Ordinary macroeconomists cannot properly explain the combination of recession with inflation (stagflation). Truss' measures are aimed at tackling inflation through a cap on energy prices, more measures against unions and strikes, and putting pressure on the central bank to tighten. So at the same time, they are taking many measures to spur growth, but in doing so, unlike Thatcher, she is pulling out a package of Keynesian measures. As with Thatcher, Trump and Reagan, many economists are now declaring Truss crazy, but if her plan succeeds, she will go down in history as the only successful Conservative prime minister beside Margaret Thatcher.