The digital currency has been falling since this year because of the strong dollar due to interest rate hikes. Recently, SEC claimed all of Ethereum falls under US jurisdiction, which also triggered panic among investors.

Mati Greenspan, founder of Quantum Economics, has pointed out that the

$20,000 is a key point for Bitcoin. $20,000 was the high hit by Bitcoin during its last bull cycle in late 2017 and has acted as support and pressure levels many times during Bitcoin's price gains since then.

Katie Stockton of Fairlead Strategies sees long-term support for bitcoin between $18,300 and $19,500. 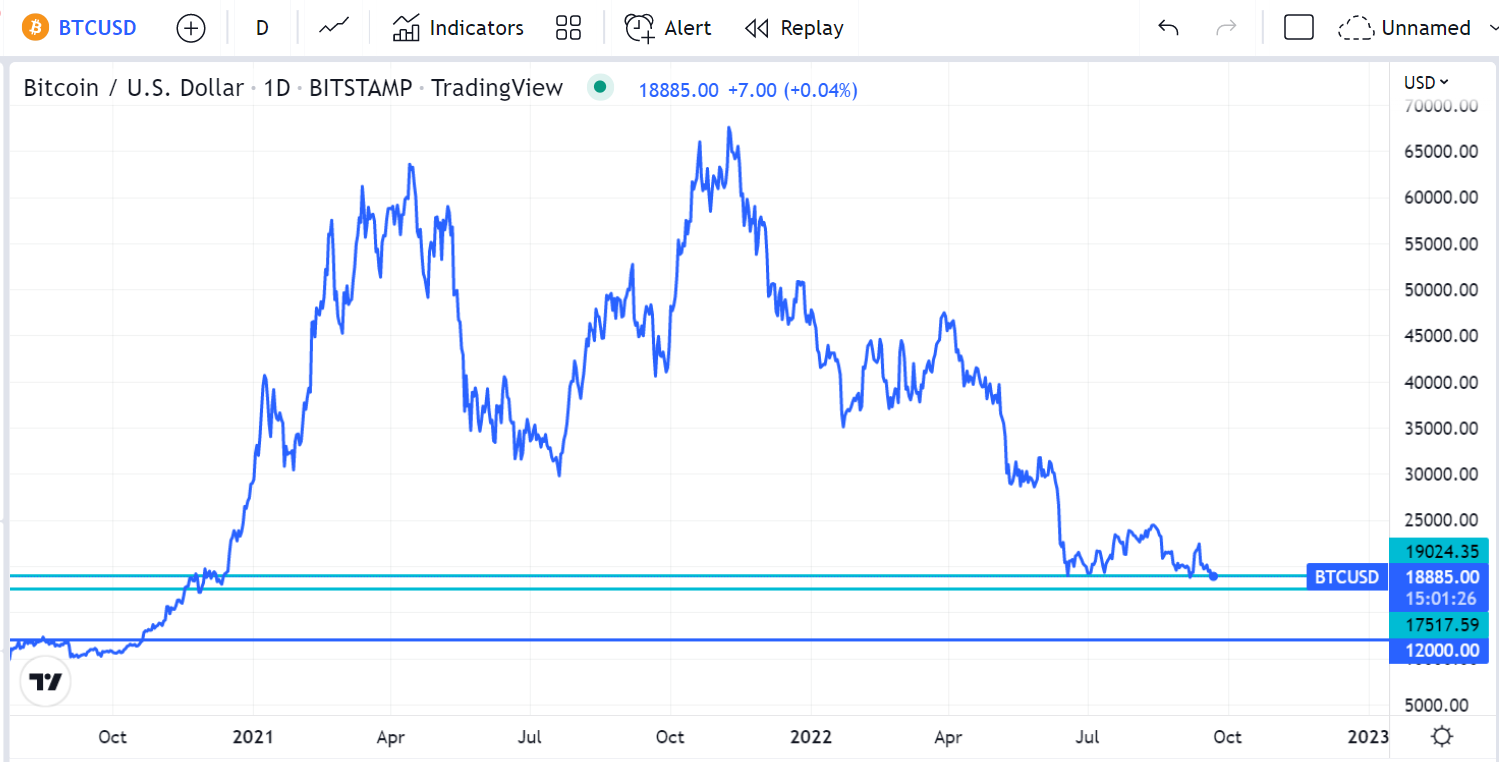 Data from tradingview and analysts' takeaway

a: Mark Newton, a strategist at Fundstrat Global Advisors, said:

Technically, last week's pullback was the start of a new downtrend, and a short-term break below 18,500 would open up a decline towards the June low of $15,000.

bitcoin could fall more than 80% from its all-time highs, based on the experience of previous bear markets. This means bitcoin will fall to $13,800.

Bitcoin options contracts that will expire at the end of 2022 show that most traders are betting that the price of bitcoin will fall to the $10,000-$12,000 range.

Have you invested in bitcoin or other crptocurrencies?

Do you think bitcoin has reached the bottom?

# At what price will you buy Bitcoin?