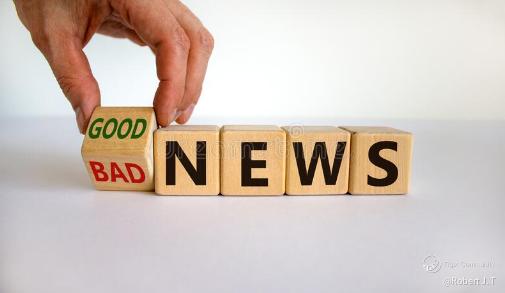 Normally, in finance, good news for the economy also means good news for financial markets. Only when the economy overheats and inflation rises is there too much good news. Then, on the contrary, bad news for the economy is good news for financial markets. After all, central banks have to raise interest rates when inflation picks up and bad news brings closer the time when central bankers stop doing so or even cut interest rates. This year is a choice between two evils. On the one hand, the fear of rising inflation and, on the other, the fear of recession. Both good news and bad news are then not good for the market; no news still seems best. This situation does not make it easy for investors either. Fundamentally, it is difficult to make a good story out of it, but at the same time, this causes extreme caution, which means that a lot of bad news may have already been discounted. After all, if everyone is negative, the market can only go one way and that is up.

Inflation figures in the United States probably peaked, but in the latest European inflation figures, the recent surge in energy prices caused a further rise. Those European energy prices are the result of a perfect storm. In addition to the sanctions against Russia, the drought caused many of Europe's power plants to shut down because they are not allowed to discharge cooling water hotter than 33 degrees or because low water levels mean coal cannot be brought in. Less precipitation also means less hydropower. The drought is caused by high-pressure areas that also mean hardly any wind, resulting in less wind power. Fortunately, the sun is shining in abundance, but due to overloading the electricity grid, it is not benefiting sufficiently. Only one fuel remains to fill these gaps and that is expensive natural gas. However, many of these effects are temporary and will improve in the coming months. Added to this is the function of price in financial markets. All available liquefied natural gas (LNG) in the world is currently sailing toward Europe. So the best remedy against a high gas price is a high gas price. With that, inflation in Europe too will fall rather than rise next winter. Except that the inflation impulse will ensure that inflation will remain well above 2 per cent in the coming years and possibly even this whole decade.

The only way central banks can fight inflation is by causing a recession. Central banks cannot produce natural gas or oil, their supply depends mainly on geopolitical factors. All they can do is depress demand by raising interest rates. The dilemma for the ECB is that supply-side problems are already causing an economic contraction. A recession is therefore our base case for Europe. Then it makes little sense to start messing with the demand side as well by raising interest rates. A complicating factor in the eurozone is that for some heavily indebted member states, current interest rates are actually too high already. Nevertheless, Lagarde raised interest rates by 0.75 per cent last week, a unanimous decision of the ECB's policy committee. Such a unanimous decision means that the doves (that is, the proponents of accommodative policies) at the ECB got something in return. The hawks (the proponents of stricter policy) may quickly raise interest rates to the ultimate target, but the ECB is waiting to wind down its bond portfolio. The proceeds of this portfolio, including, for instance, maturing German government bonds, will be used to buy Italian and Spanish government bonds. The ECB indicated that at least two more rate hikes will follow, possibly in six weeks' time interest rates will go up again by 0.75 per cent. Remarkably, the ECB does not see a recession, but then that depends mainly on energy prices, something the ECB has no influence over. In the United States, on the contrary, the Fed needs to cause a sharp recession to get inflation under control. The chances of such a recession starting this year are slim, given the strength of the US economy. A recession is not our base case for next year either, and if it comes at all, probably not before the second half of the year. This does mean that inflation could remain high in the US for longer too.

For the portfolio, this development means that there are two risks that can have a major impact on returns. Inflation is a bond investor's worst enemy and, given the current gap between interest rates and inflation, the portfolio's interpretation is to avoid this risk as much as possible. This means bonds are underweight in the portfolio and the interest rate sensitivity (duration) is well below the market average. There is a preference for countries such as emerging markets and China where inflation is not a problem or where inflation has been addressed in time by central banks. In principle, a recession means that interest rates could fall, but given the still negative real interest rate, it is too early to position the portfolio accordingly. However, a recession could cause credit spreads on corporate bonds and high yield bonds to rise further, two segments we are currently still avoiding as much as possible, but where an interesting entry opportunity could suddenly unfold.

Equities can handle inflation much better, but rising interest rates may depress the valuation of the more expensive stocks. A major source of inflation in the coming years is shortages in the commodity complex, which means higher oil prices, higher metal prices and higher prices for agricultural products are on the horizon. This is while right these stocks are up to 60 per cent cheaper than the stock market average. Furthermore, in the portfolio, we emphasise defensive companies that manage to achieve good results even in a recession. In a rising market, such boring stocks often lag behind, but in a recession, they are more likely to show a plus, also because consumers focus on basic necessities and discount shops. Finally, there are shares of companies that have been punished so sharply in recent months that a recession is already largely discounted. This obviously presents opportunities. The extent to which the average stock has been punished more than the stock index in recent months is striking. So while opportunities do exist, equities at the index level still look vulnerable, especially in the coming months as more news follows on inflation developments and corporate earnings trends. The weight of equities in the portfolio is therefore also lower than usual. This means the focus is on alternative investments such as real estate and private equity. Both components are relatively resilient to higher inflation and are naturally less sensitive to developments in the financial markets due to their lack of a stock exchange listing.