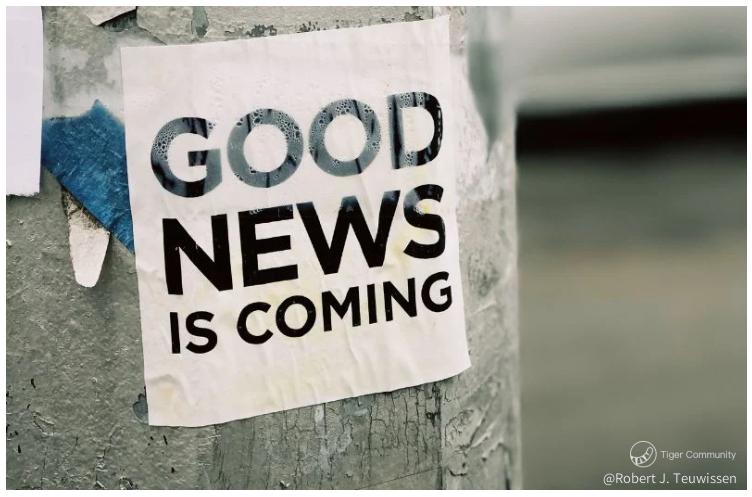 Since the meeting of central bankers in Jackson Hole in late August, good news for the economy equalled bad news for financial markets. Indeed, better-than-expected economic data meant that the central bank had to do even more to push the economy into recession in order to curb inflation. Meanwhile, there are increasing signs that such a recession is coming in the United States too, although underneath the economy remains remarkably strong. All year long, bad news dominated the stock market, with an emphasis on soaring inflation and geopolitical turmoil. Last week, the US inflation rate was finally better than expected for once (7.7% instead of 7.9%), and that caused the biggest rally in the US stock market since 2020. Over two days, for the Nasdaq, it was even the strongest rally since 2008. For European investors, not much of that remained, given the biggest loss in the dollar versus the euro since 2009. The new narrative of falling inflation (disinflation) means that the Fed may stop tightening policy on time or even too early. Apparently, inflation is more transitory after all than currently thought. The scenario of Goldilocks and the soft landing is being reinstated. 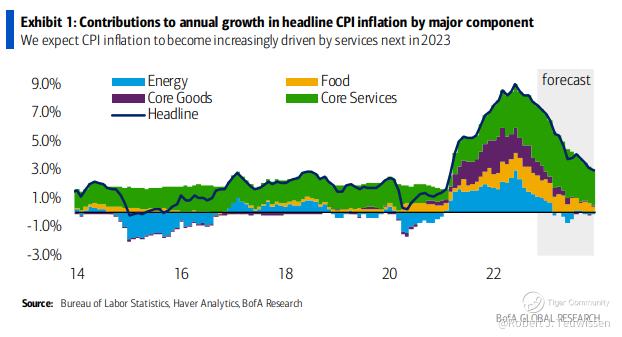 Now, there are also plenty of reasons to be positive about a rapid fall in inflation that support the narrative of such a soft landing. Global demand is clearly weakening and, as a result, supply chain problems are also clearly abating. Stocks have clearly risen over the course of this year, just in time for Christmas to provide hefty discounts. Increased mortgage rates are clearly getting a grip on the housing market and the shift in base effects has a major impact on future price developments. Inflation could still fall to 2 to 3 per cent in the United States next year. For that matter, the same is true in Europe. Even now, natural gas prices are 150 per cent higher than 12 months ago, but if prices stay the same, natural gas will be a third cheaper in March next year than in March this year. Inflation simply measures the year-on-year development of prices. High prices in the first half of this year therefore almost guarantee disinflation or even deflation a year later. 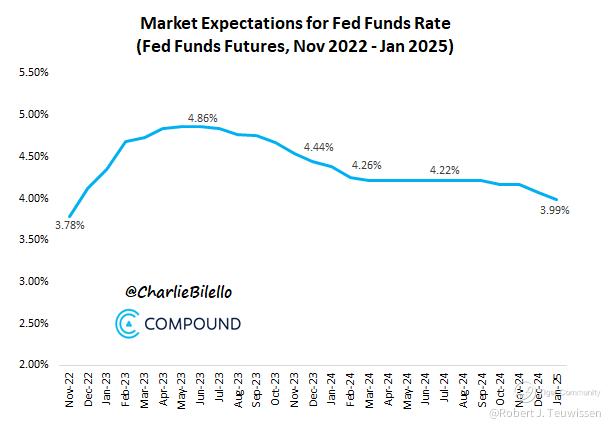 Declining growth and falling inflation could cause the Fed to pause. It is likely that the Fed will pause after the last rate hike in January after which the policy rate stands at 4.625 per cent. The ECB has no choice but to follow as policy in Europe is mainly focused on stabilising the euro-dollar rate and the ECB is likely to pause at 2.5 per cent by March next year. A falling dollar also provides room for easing central bank policies in emerging countries. Interest rate hikes work with a time lag, so their effects on the economy will not be felt until 2023 and 2024. Furthermore, central banks are proving remarkably flexible when it comes to quantitative tightening, especially when it has financial stability implications. The UK central bank even switched from quantitative tightening (QT) to Yield Curve Control (YCC, an extreme form of easing where the central bank fixes on price and therefore has no control over quantity) within 24 hours, just to save UK pension funds. The ECB is still easing and, with TPI, wants to ease and tighten at the same time. The Fed also seems more attentive to liquidity problems in the US government bond market and refuses to use the full QT budget.

Whereas 2022 will be characterised by high inflation, sustained economic growth, and, as a result, increasingly tight central banks, 2023 will be characterised by weak economic growth, disinflation, and, as a result, an end to interest rate hikes and even a turn in monetary policy. This means that 10-year interest rates are likely to be lower than they are today by the end of next year, with a falling dollar in the process. 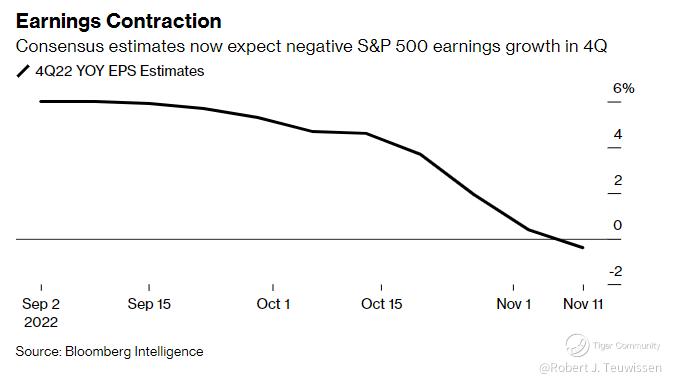 Profits of US companies (company valuations are down 4 per cent this year, 7.5 per cent ex-Energy) are benefiting from topline inflation, but that support will disappear during 2023, while, with some delay, costs due to that same inflation begin to rise. Cost containment is the watchword, even for big tech companies like Apple, Facebook, and Amazon. The valuation of the S&P 500 has fallen from 30 times earnings at its peak to 17 times now, with falling profits and lower interest rates possibly balancing each other out next year. 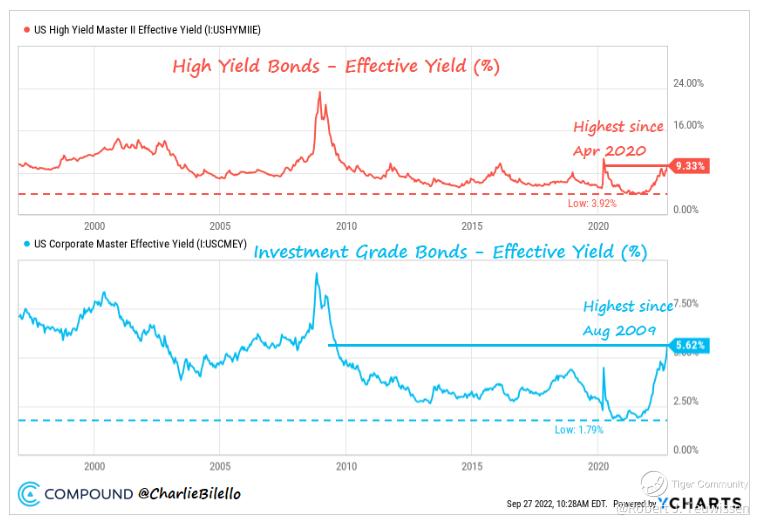 Bonds are among the biggest losers in 2022 and investment-grade bonds are particularly interesting now. That big loss this year ensures that these investment-grade bonds could be among the big winners next year. Less growth and inflation combined with a pause and a turn in central bank policy mean that besides government bonds, investment grade corporate bonds and agency MBS and AAA securitised paper could perform well in 2023. 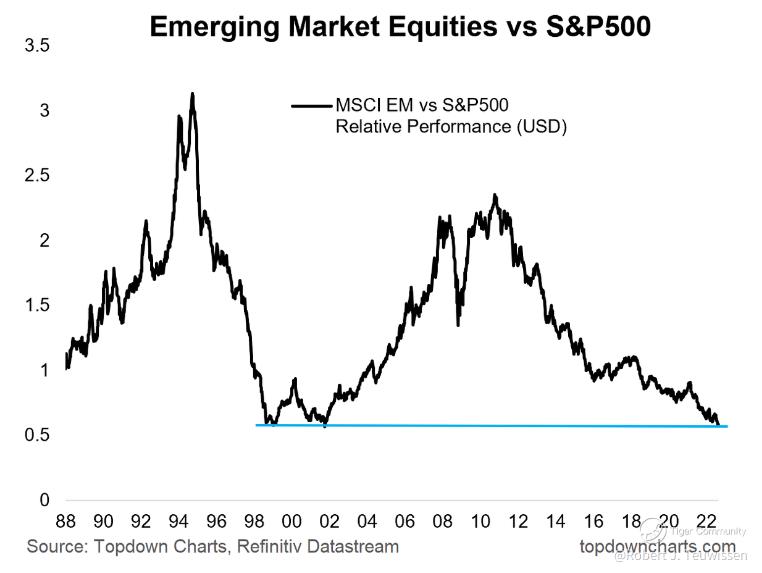 Falling interest rates and a falling dollar are particularly relevant for emerging markets. These already peaked in February 2021 and are now also likely to be the first to recover. Given the strength of the dollar and the many interest rate hikes this year, these markets have held up well. In fact, several currencies in Latin America have outperformed the dollar. Even after the correction in 2000 and 2008-09, the first recovery came from emerging markets. 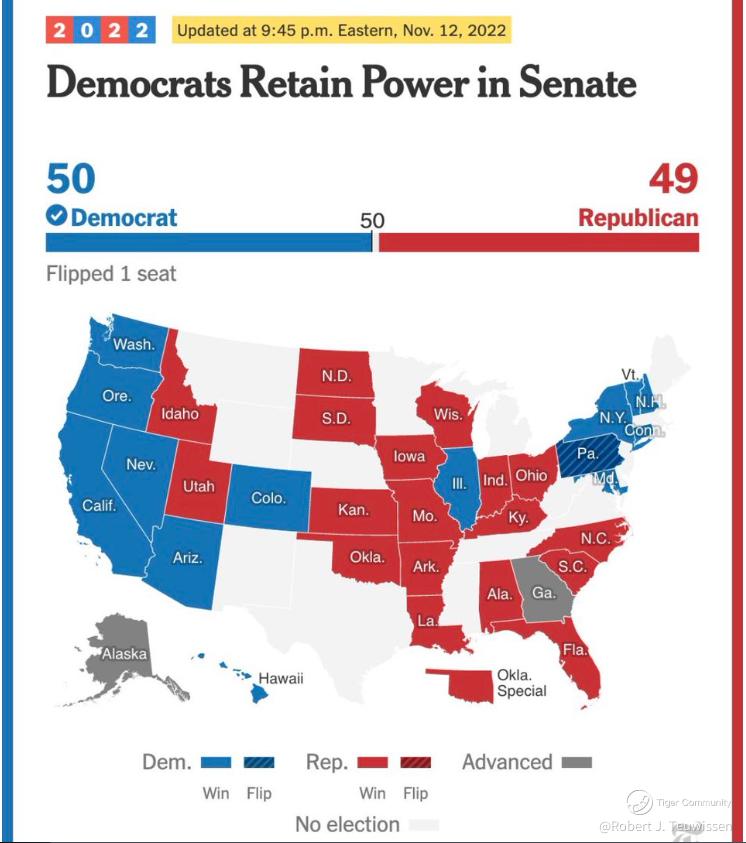 Falling interest rates (helped by the final outcome of the US elections) may cause the equity market to rally further toward the end of this year. The rally is more macro-driven, making a correlation between equities relatively high and dispersion low. Short positions should also be covered in the consumer cyclical sector, in semiconductors and other tech companies.