China still the factory of the world. 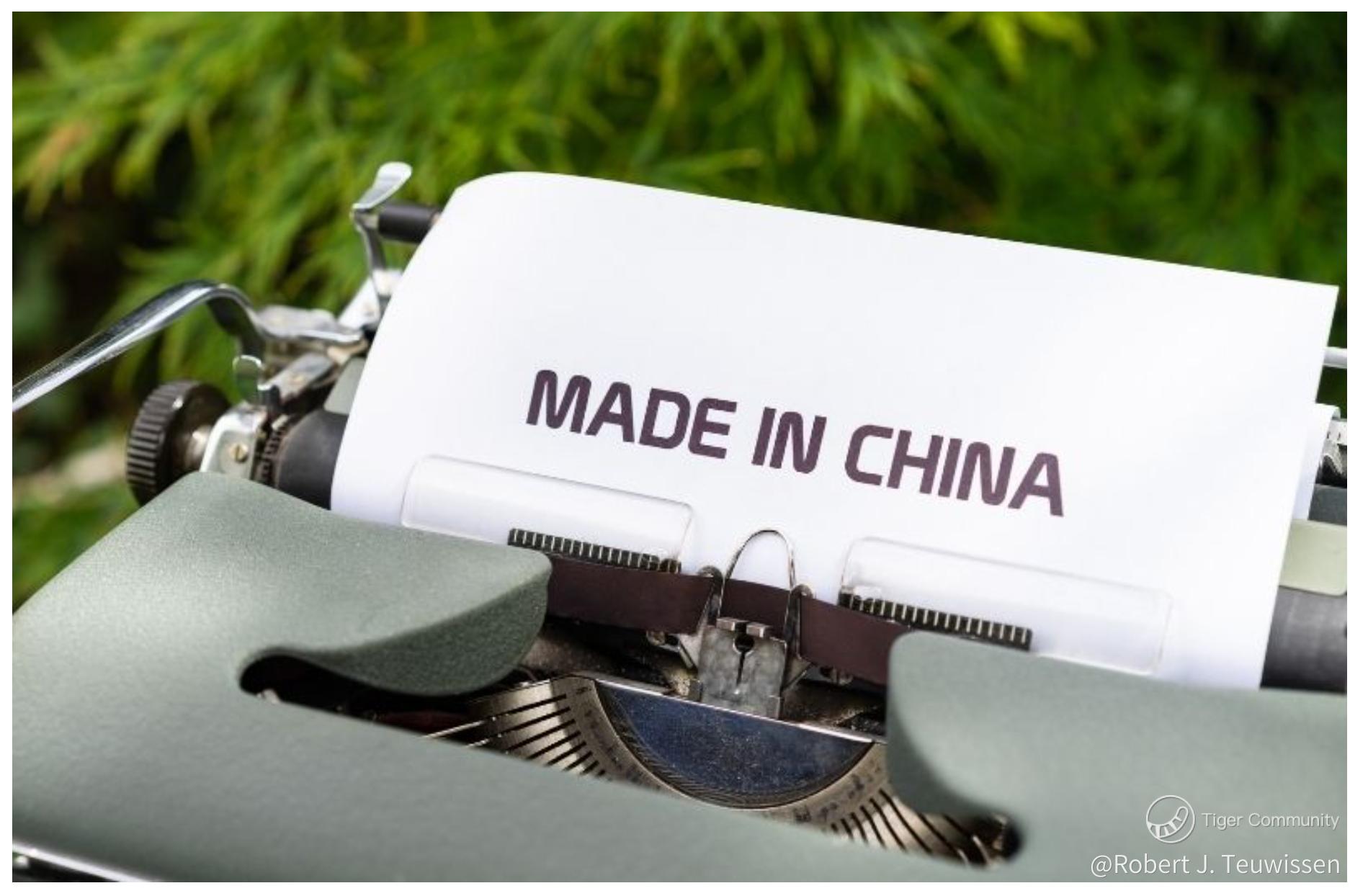 Immediately after the Chinese Party Congress, Chinese stocks were written off. Suddenly, everyone seemed intent on not investing in Chinese stocks. This is despite the fact that it was not even that long ago that China was one of the big stock market favourites. From the 2020 peak (that is, the peak prior to the corona pandemic), Chinese technology shares (KWEB) rose 100 per cent in a year. There was a euphoric mood among investors towards Chinese stocks on the first days of the Chinese New Year in 2021, immediately the time to become more cautious. In fact, the extremely negative mood towards China is now a reason to become more positive. Growth is inhibited by the zero-covid policy and the approach to the property market. In both cases, this is caused by the Chinese government and in both cases, the same government can solve this problem quickly. Instead of 2.5 per cent annual growth, which the market seems to be counting on, the Chinese economy will return to a growth path of around five per cent next year. It is possible that the opening will provide an extra boost there too. 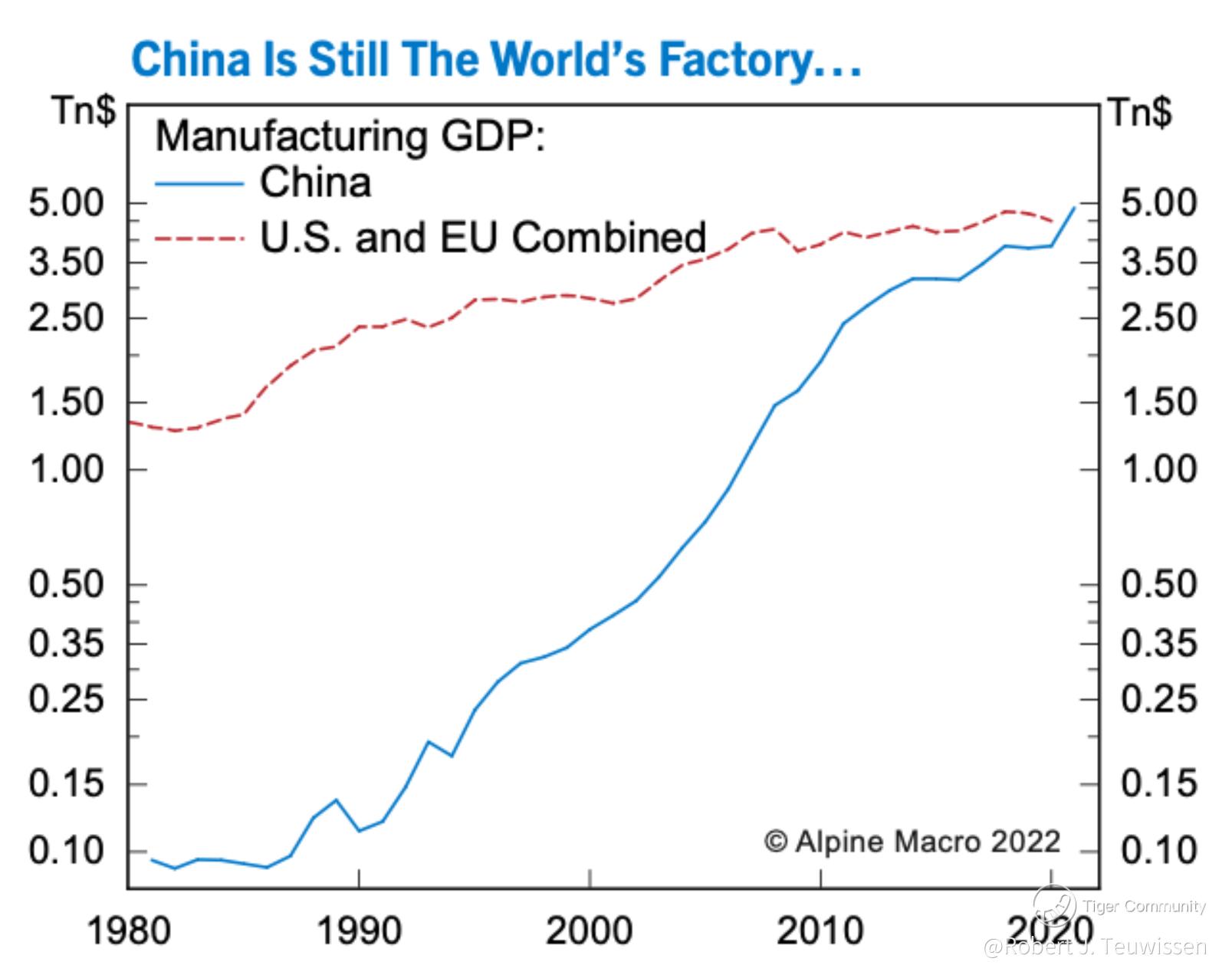 China makes a lot of stuff for the rest of the world. In recent decades, many factories have moved to North Asia, especially to China. A lot of manual work is still done in those factories, but China is the world's biggest investor in robots. This means a relatively strong growth in productivity and hence economic growth. Besides productivity, demographics are also an important factor in economic growth. Although China is already fast-facing with an ageing population, migration from rural to urban areas is a factor that has the most impact economically. That migration is less strong than in the past, but several hundred million still have to move from rural to urban areas. Moreover, 5 per cent economic growth today adds more to the global economy than 10 per cent growth a decade ago. China's economy was $8.2 trillion a decade ago and $18.3 trillion this year. 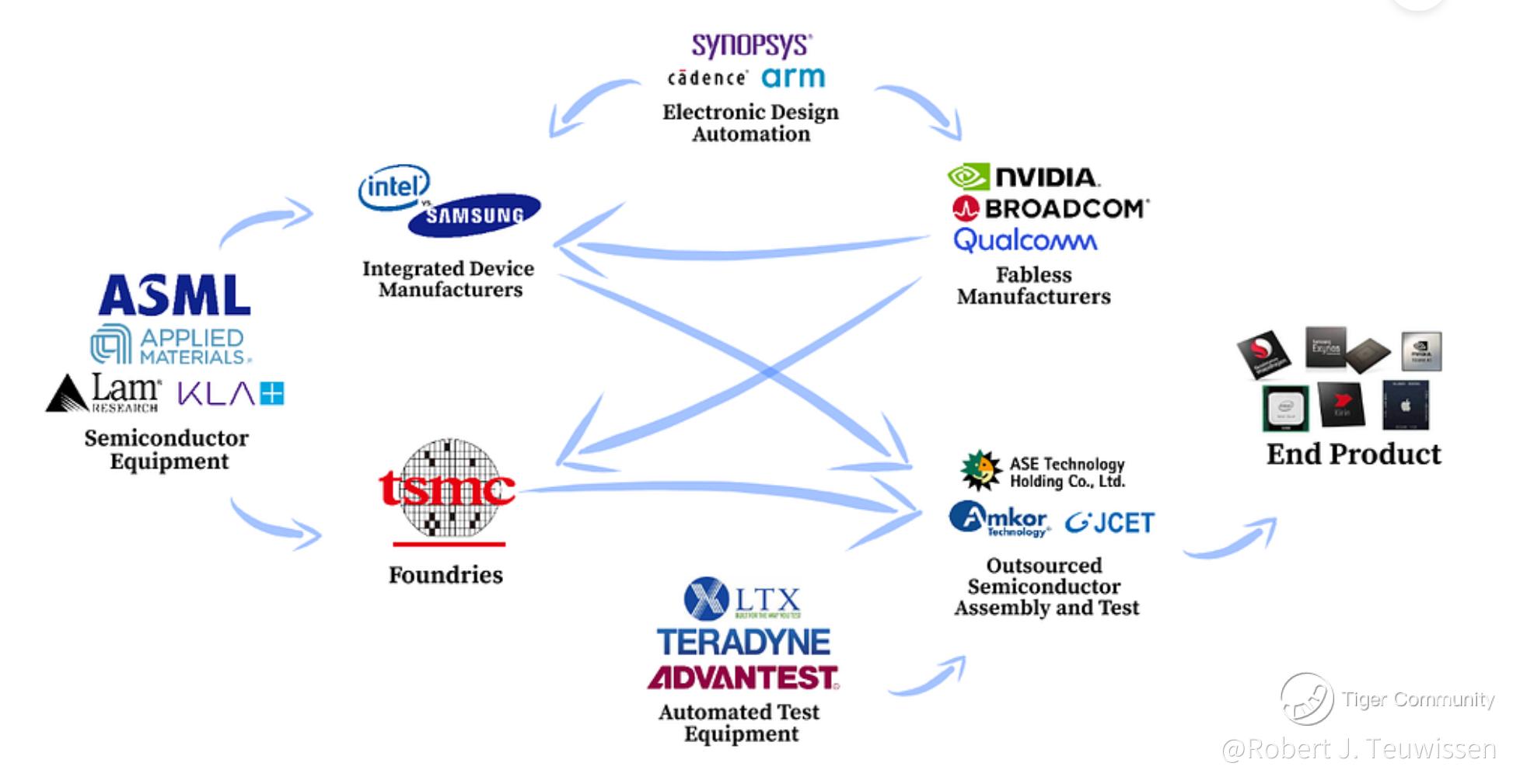 China is a major producer of semiconductors, especially cheaper chips. These are exactly the models that are in short supply, though, for example in the automotive industry and numerous other applications. The Americans try to prevent the Chinese from getting access to the latest technology and it is also true that China is easily five years behind in that field. But the latest technology is also used in the latest applications, for example in gaming, not exactly the top priority of the Chinese. Instead, the chips used in weapons, for example, are often the older models of chips, of which China is also the main manufacturer. Under the Made in China 2025 programme, China is trying to have as much technology as possible. In the meantime, consumer products all too often contain Chinese chips.

Chinese stocks soared in the early years of this century, helped by WTO accession but also because China could produce cheaply via coal. Since the Great Financial Crisis, cheap natural gas from shale and cheap oil through horizontal drilling, among other things, allowed Americans to compete extremely well with the Chinese. After the Russian invasion, the cards have been reshuffled. It seems that in the coming years, the Chinese will have access to cheap Russian energy and Western Europe and the United States will be left behind. Moreover, the Chinese can pay for the energy and other commodities in their own currency. Chinese citizens and companies currently pay about 0.6 renminbi for a kilowatt-hour of electricity or 8 euro cents. By comparison, early next year most electricity tariffs in Europe will go to the 80 euro cents per kilowatt-hour mark. Try competing against that.

Furthermore, China is trying to form an alternative to the dollar with the renminbi. With US sanctions against Russia (including currency sanctions), more and more wealthy people from Russia, the Middle East and Asia will prefer to stash their money in Dubai or Singapore rather than London or New York. This is obviously good news for the property markets in these relatively small countries, but also good for the Chinese. The renminbi is trying to position itself as a reserve currency, as a safe haven. Consider further that western financial markets are shrinking. This is due to strict laws and regulations, but also because retirees are withdrawing more money than they are depositing. That while, in emerging markets, in particular, many more citizens will work to accumulate wealth in the coming years, but more in Asia than in Western Europe or the United States. Furthermore, the Chinese were used to saving mainly through home ownership. The Chinese government wants to move away from that because houses are there to live in and not to speculate with. The Chinese stock market may be the next destination for all these savings. 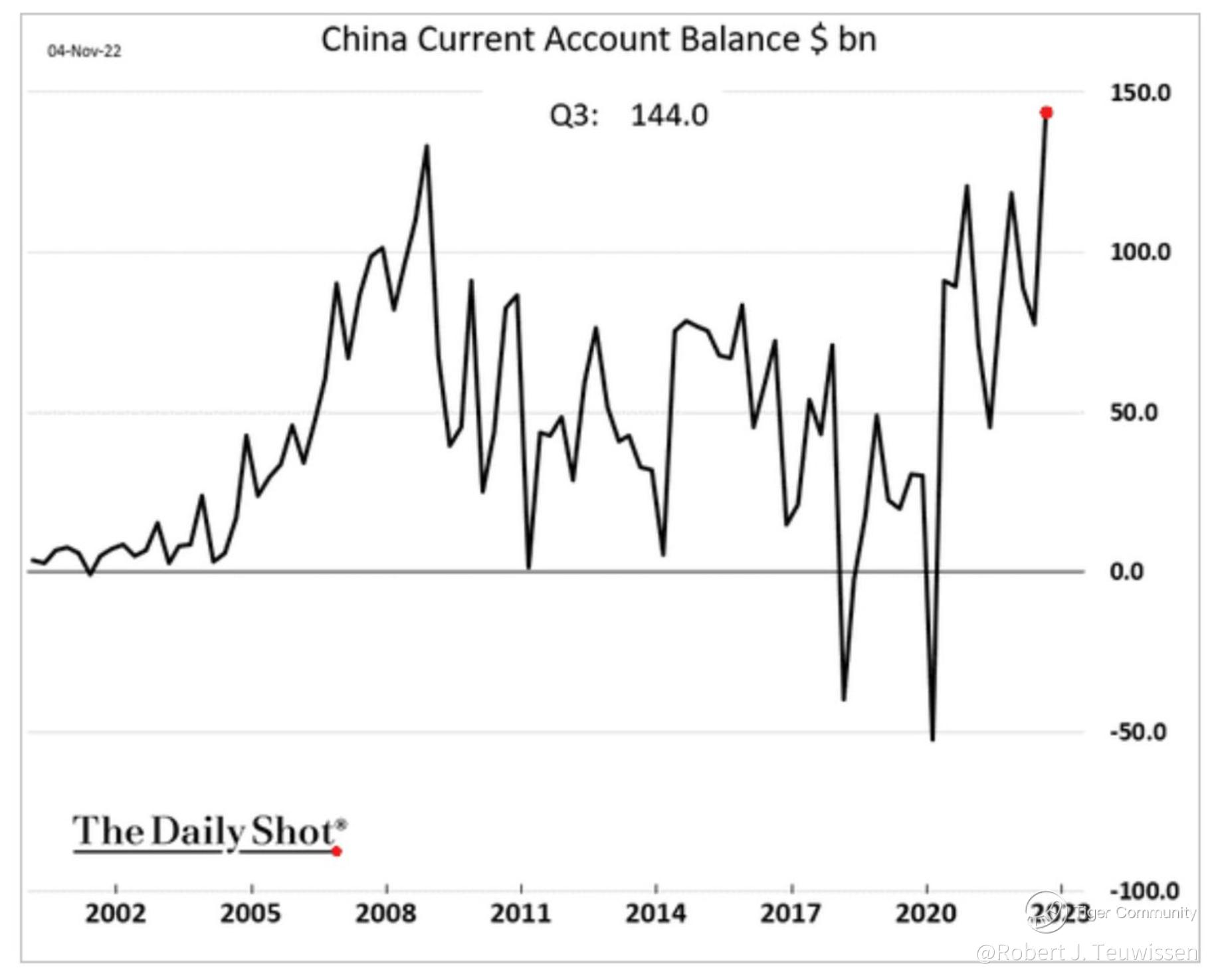 Finally, it looks like the Fed is going to pivot in monetary policy next year. That means the dollar will weaken, which is good news for Chinese equities. In the Chinese Year of the Rat, the Chinese economy benefited from the Federal Reserve's stimulative policies; in the years after (the years of the Ox and Tiger), the Fed put on the brakes, which also depressed Chinese economic growth.

Chinese stocks have rebounded strongly since the October Party Congress. This was also due to renewed hopes of the Chinese economy opening up and government measures to boost the property sector. Chinese Big Tech shares have already risen more than 40 per cent (!) from their October lows, but are nevertheless not overvalued. Thanks to cheap energy, a turn in the dollar, the abolition of the zero-covid policy and the smoothing of the real estate market, things could go fast for the Chinese stock market.