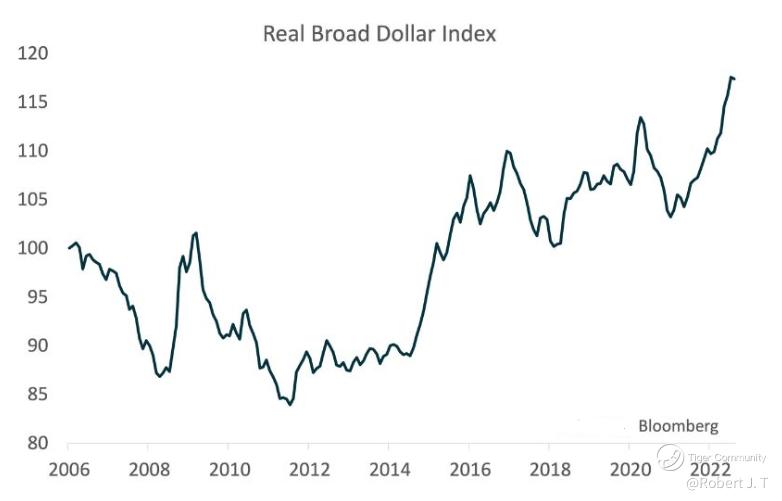 There is a growing imbalance in the world. Large trade surpluses are offset by large deficits elsewhere. In the face of monetary prudence, there is the monetary madness that seems to result from the idea of modern monetary theory, a concept that is neither modern (namely many centuries old) nor monetary (as goes via taxation) and not a theory at all. The question is often asked how it should end with ever-increasing debt anyway. There are various solutions and central banks tried for years with their reflation policies (or financial repression) to keep debts bearable. Still, the ultimate outlet is the exchange rate of their own currency. No matter how big the debt is, countries with their own currency can always pay off that debt to the last cent. Coins are simply reprinted, only one can then rightly ask what the value of such a currency still is. High inflation is often accompanied by a weak currency. Apart from the euro, all currencies in the world are linked to a national state. This immediately explains the inherent weakness of the euro. The national state is a product of the 19th century. According to German thinkers, the national state was based on race and ethnicity, according to the French, on the "will to live together, a shared history and shared culture". 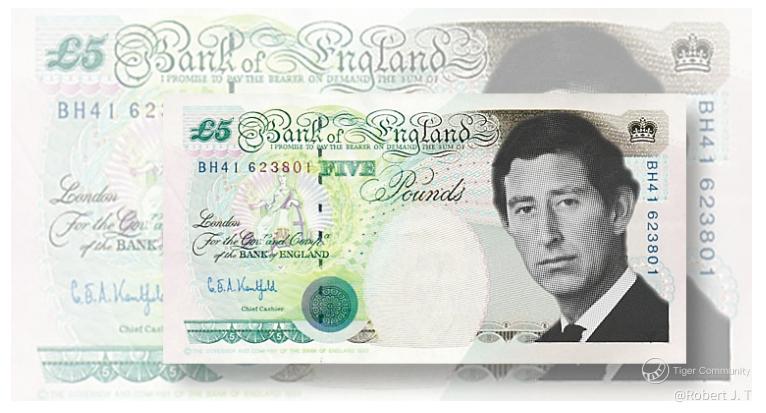 In countries where King Charles III's head will soon be on the banknote (UK, Canada, Australia and New Zealand), there is such a will to live together. Regardless of distance, they all seem to accept the new British king as the national symbol elevated above politics. This while in the European Union, but also in the United States and Hong Kong, for example, that 'will to live together' is much less present. The situation is most acute in the euro. The euro cannot survive without transferring much of the sovereignty of the national member state to Brussels. This means that especially in fiscal matters, Brussels must be given much greater power to preserve the euro. At the same time, it means that the Netherlands with 60 per cent national debt and Italy with 160 per cent national debt will be treated equally. All those Calvinist years of austerity and neatly minding the shop will then have been for nothing. The Italians work to live and the Dutch live to work. 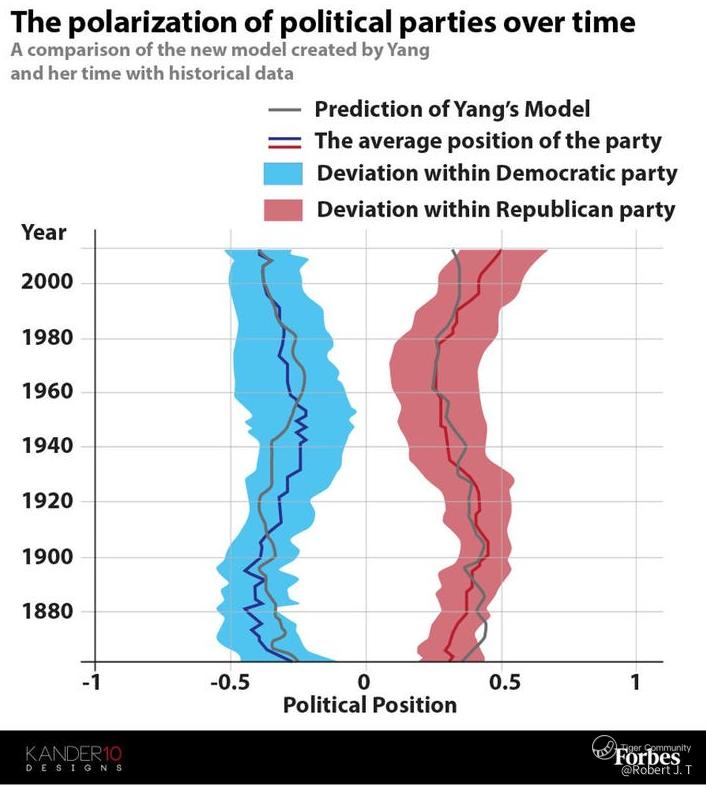 In the United States, there is an increasing divide between Democrats and Republicans, not a reassuring thought in a country where an average of three guns are present in every household. While in Europe it is mainly the Southern member states (with Italy at the forefront) that are feeling the financial impact of the corona crisis, in the United States it is cities like New York, Chicago, Baltimore and the state of California that are bearing the burden. These are Democratic cities and California is as blue as it gets. Just as if it is just a question of whether Northern Europe wants to pay for Southern Europe's debts, it is also a question of whether Republicans want to pay for these cities' debts (let alone California's). This phenomenon does not make the currency stronger. It means that currencies with Charles III's head on the note are better protected, including the currencies of countries like Switzerland, the Nordic countries, China, Japan, South Korea and Singapore. Besides the US and the EU, the currencies of Hong Kong, Mexico, Brazil and South Africa are also inherently weak for the same reason. They are divided and this division is reflected in a growing mountain of debt needed to iron out the folds. 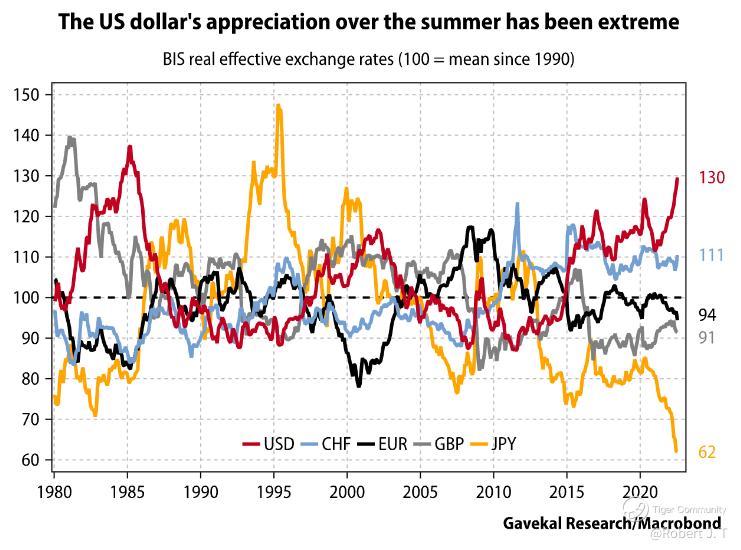 The US dollar has risen some 20 per cent over the past 12 months. Historically, this means that the stretch is pretty much over. The euro has fallen over the same period, largely due to the strength of the dollar, but do not underestimate its growing weakness either. The surge in gas and electricity prices is making the euro weaker. Compared to a year ago, Europe receives only a fraction of the amount of natural gas from Russia. At the same time, drought and Europe's inadequate energy infrastructure are actually increasing the need to fuel gas. Energy from Russia used to be paid for overwhelmingly in euros. Much of that money came back to the eurozone in the form of investments and deposits in various banks. A lot was also invested in real estate, luxury yachts and a football club here and there. That money has disappeared. Now Europe has to buy the energy it needs in hard dollars, this mechanism creates an additional supply of euros towards the dollar. On top of that, because of the sanctions against the Russians, the Arabs and the Chinese will also become more reluctant to hold their reserves in euros. The Russians had counted on rule-of-law protection, which is also a major reason for Arabs and Chinese to invest in Europe. 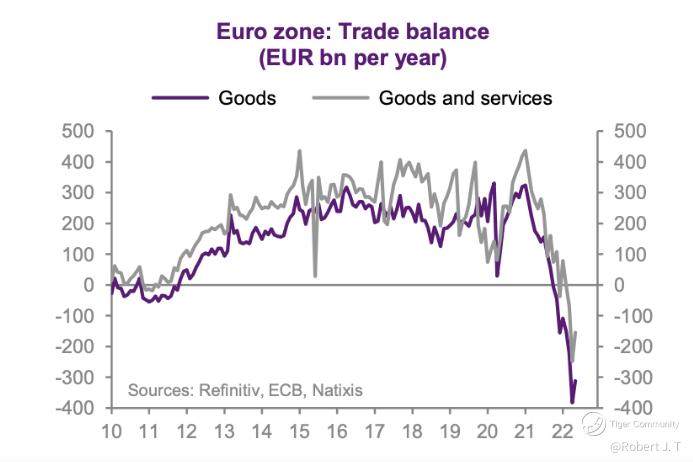 The euro may start hitting the lows of the year 2000, which means that some 20 per cent could still come off. There are enough people in the financial world who believe that holding investments in foreign currencies causes portfolio risk to increase. Only this time, the euro is the source of the risk. Even in the short term, a fully euro-hedged portfolio of stocks and bonds actually creates more rather than less risk. This is because when the world is turbulent, investors take refuge in the reserve currency, the dollar. Those who hedge that dollar to euro do not benefit from a strengthening dollar and actually lose twice in their portfolio. It is often argued then that the average citizen in Europe mainly has liabilities in the euro, but that has changed greatly thanks to the recent energy crisis. Energy must now be purchased in hard dollars. Given Europe's widening trade deficit, Europe needs to start earning those dollars first. Otherwise, the euro will become even weaker. 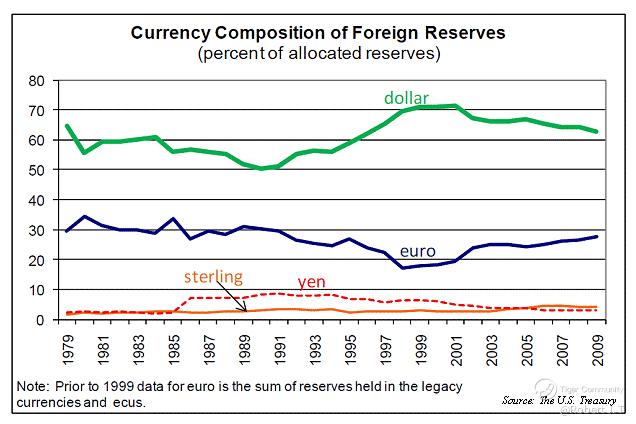 The Chinese have increasing arguments to be less dependent on the dollar. This started back in 2008 when problems in the Chinese financial system had a major impact on the Chinese economy. By using the dollar as a weapon against Russia, China will realise that its trillions in dollar reserves will become worthless in a short time if the US seizes them. So the Chinese want to get rid of the dollar as soon as possible, but that is difficult because the dollar has a reserve currency status. Now a reserve currency is not something that is formally confirmed, it is a status that a currency can achieve. For that, a currency has to be especially popular. The most popular currency to do business with internationally achieves reserve currency status. This is not always the same currency; it often depends on a country's economic power. For instance, the guilder was the world's reserve currency in the 17th century, then succeeded by the French franc, the British pound and eventually the US dollar. 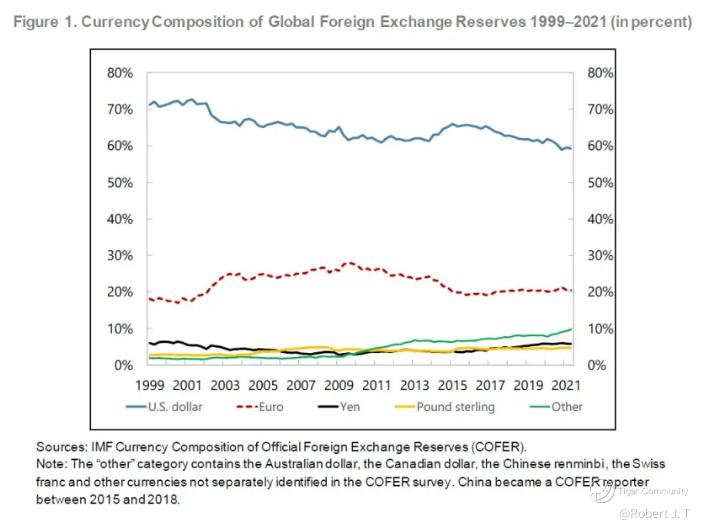 Since 2008, three-quarters of all international transactions have been in US dollars. The dollar is also the currency of 60 per cent of all debt and 60 per cent of all central bank reserves. Yet the dollar's power is gradually declining, although no other currency has a status even close to the dollar. China would like the renminbi to have such a status, but like the Windows operating system, it is difficult to compete against it with a new operating system. Even Apple never succeeded or did. With the mobile operating system IOS, Windows' monopoly was quickly broken. By adding something, Apple managed to push Microsoft aside. Now the dollar relies mostly on traditional payments, a powerful system as evidenced by the recent SWIFT sanctions against the Russians. But it is not a flexible system suitable for all the portable micro-payment options made possible thanks to the internet. A digital version of the yuan could do this.

In the meantime, the yuan (or the renminbi) has become Russia's de facto reserve currency. Other countries that do not have such a good relationship with the Americans will also prefer the yuan. In that context, it is remarkable that only 1.5 billion people live in the countries supporting the sanctions against Russia. Six billion people live in countries that did not support them before. Those countries often have a greater trading relationship with China than with the relatively closed US economy, many of which will then gradually switch to the renminbi. It is possible that the renminbi will never reach reserve currency status. Fundamentally, enough investors still hiccup against property rights in China and the lack of Democratic rule of law. In practice, the situation is not that bad and property rights are trampled by governments, especially in Western Europe and, to a lesser extent, in the United States. Also, the rule of law seems to be working less and less well here. What China's efforts could potentially lead to, however, is the dollar no longer having the status of a reserve currency. In a multipolar world, multiple systems can co-exist without any one currency being able to be labelled as a reserve currency. If that reserve currency privilege is going to disappear, Americans will have to scramble to keep their economy competitive.