From fire to ice

The year 2022 is not an easy one for investors. European investors have the 'good fortune' of a strong dollar and, as a result, the global equity market in euros is only down 6% this year. However, the eurozone has the misfortune that the sanctions targeting Russia are mainly hitting the European economy, to the point where a recession is the base scenario. Whereas in the United States demand has a major influence on overall inflation, something that a central bank can do something about, in the eurozone inflation is determined by Putin first and foremost. 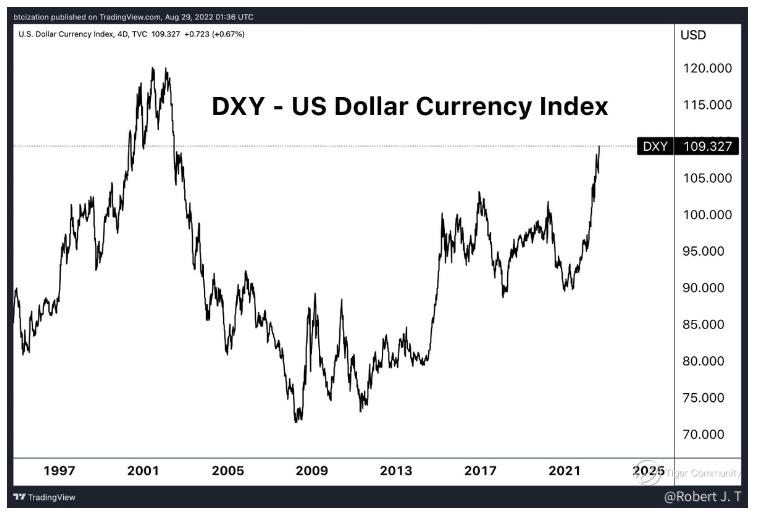 Thanks to the strong dollar, the US market is once again doing better than most major markets. Only commodity markets such as Canada, Australia and the United Kingdom are performing better. In dollar terms, the US equity market is 16 per cent negative, with growth (-22 per cent) performing worse than value stocks (-9 per cent). In addition, bonds are doing worse than equities, and in a neutral portfolio, this quickly means that price losses hit much harder than with past corrections. Only 24 per cent of shares are in the black. By comparison, at the end of 2008, 48% of shares were in the black. These figures show that, once again, it has not been wise to 'hedge' currencies. When there is a crisis, the dollar tends to rise in value; people simply take refuge in the reserve currency. Moreover, the dollar is also strong when the US economy performs better than the rest of the world. That is exactly the reason why interest rates have to rise. Exposure to the dollar provides a cushion, although that role will be partially taken over by the renminbi in the future. 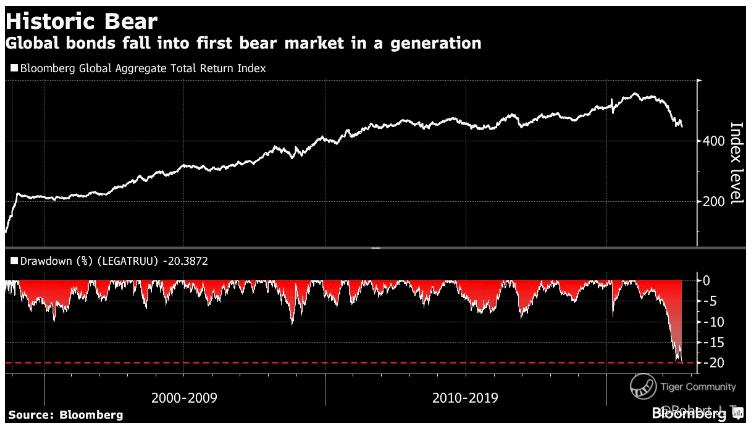 The market has recently been moving back and forth between the fire of inflation and the ice of recession. In the past week, the market has again been preparing for an ice scenario, as Powell, in his speech a week ago, left no room for a turn in monetary policy. As a result, for the first time in a long time, the global bond market is now in a bear market, a bear market that could last until the end of this decade. It would be much better, also for long-term returns, to take the pain now and allow interest rates to rise sharply. At least then it would be possible to reinvest at higher interest rates. Not that the Fed is not making great strides; who would have expected at the beginning of this year that the Fed would raise interest rates several times by three-quarters of a per cent? 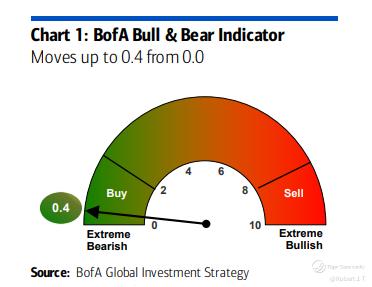 We have probably not seen the bottom of this bear market yet. September is not a great month for equities either and much of the recent bear market rally was unjustified. That potential for decline applies mainly at the index level, by the way. It is possible that many individual stocks have already seen their provisional low in June. From this point on, it is less about the development of interest rates, but more about the development of profits. Analysts are still counting on positive earnings growth and with a severe recession on the way, such a development is not so likely. Higher interest rates and a recession also require a higher risk premium (read lower valuation). The valuation has clearly come down but on the basis of the now valued (too high) earnings. The risk premium has decreased due to the rise in interest rates. Higher risk premiums and lower profits give room for further price falls. However, the moment is approaching when inflation will also peak in Europe. The ECB will undoubtedly raise interest rates next week but does not need to make much effort to push Europe into recession - leave that to Putin. Today starts quietly with US stock markets closed, although Friday's close does not help and the indefinite closure of Nordstream 1 will also weigh on prices. 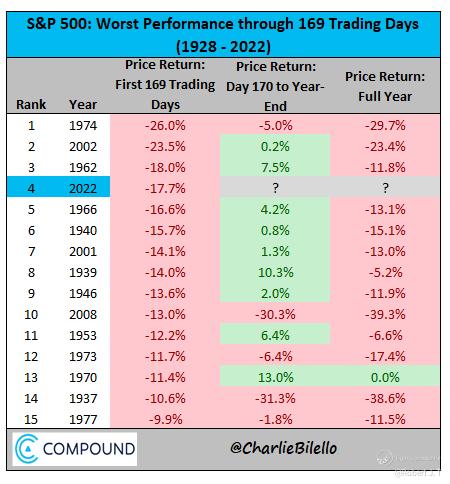