The Dow Fell, Bed Bath & Beyond Slumped—and What Else Happened in the Stock Market Today

The stock market slumped Friday as investors contended with mixed signals from the Federal Reserve amid signs of a resilient U.S. economy.

Strong economic data isn’t necessarily good news when the Federal Reserve is trying to figure out how much it needs to raise interest rates to tamp down inflation. Richmond Fed President Thomas Barkin said Friday the central would do what it would take to bring down inflation, even though doing so could lead to a recession.

“We’re committed to returning inflation to our 2% target and we’ll do what it takes to get there,” Barkin said Friday during an event in Ocean City, Maryland.

Barkin’s comments came after St. Louis Fed President James Bullard on Thursday said he favored a three-quarters point hike at the Fed’s next meeting in September, continuing the pace of the past two meetings. Bullard toldThe Wall Street Journalin an interview that the central bank “should continue to move expeditiously to a level of the policy rate that will put significant downward pressure on inflation.”

Kansas City Fed President Esther George, however, said the “case for continuing to raise rates remains strong,” but added that the “question of how fast that has to happen is something my colleagues and I will continue to debate, but I think the direction is pretty clear.”

George told a Kansas City economic group that the Fed has “done a lot, and I think we have to be very mindful that our policy decisions often operate on a lag. We have to watch carefully how that’s coming through.”

Both Bullard and George are voting members of the Federal Open Market Committee, the central bank’s rate-setting committee.

The comments from both Fed officials come before the Fed’s annual Jackson Hole conference in Wyoming next week at which Fed Chairman Jerome Powell will be speaking. His comments will be closely monitored by Wall Street. 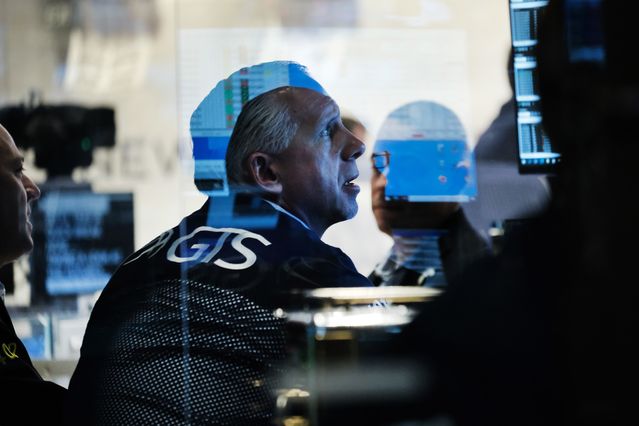 “Investor focus will now shift to the upcoming Jackson Hole meeting, where central bankers will have another opportunity to address how it plans to adjust monetary policy over the coming months,” says William Huston, chief investment officer at Bay Street Capital Holdings in Palo Alto, Calif.

Europe will have to adjust too. Germany’s producer price index for July, released on Friday, jumped 37% from the previous year, and it’s likely the European Central Bank will have to raise rates by at least half a point to start reining it back in.

“We just do not have words to describe how disconnected the ECB is from reality with their benchmark rate at zero,” wrote NatAllinace Securities’ Andrew Brenner.

With so much on its plate, the market is finally realizing that it might have come a little too far too fast. The S&P 500 has paused near its 200-day moving average, just about where technicians would expect it to. It’s the perfect place to take some profits, then enjoy the weekend and wait to see what the Fed has to say next week.

These stocks are on the move Friday:

$MSG Entertainment(MSGE)$ stock gained 3.4% after the company said it was exploring a spinoff of its traditional live entertainment and the MSG Networks businesses.

$General Motors(GM)$ gained 2.5% after the company reinstated its dividend.