World Cup, for fans, it's a global carnival party! However, the best combination of "football" and "beer", was banned by the host Qatar.  Just 2 days before the opening ceremony, FIFA issued a ban to cancel all beer selling points around the stadium.

With this move, not only World Cup beer sponsor, Budweiser($Anheuser-Busch Inbev SA(BUD)$) has been taken advantage of, and fans are even more confused. Many netizens commented that this is the most calmest and sober World Cup! 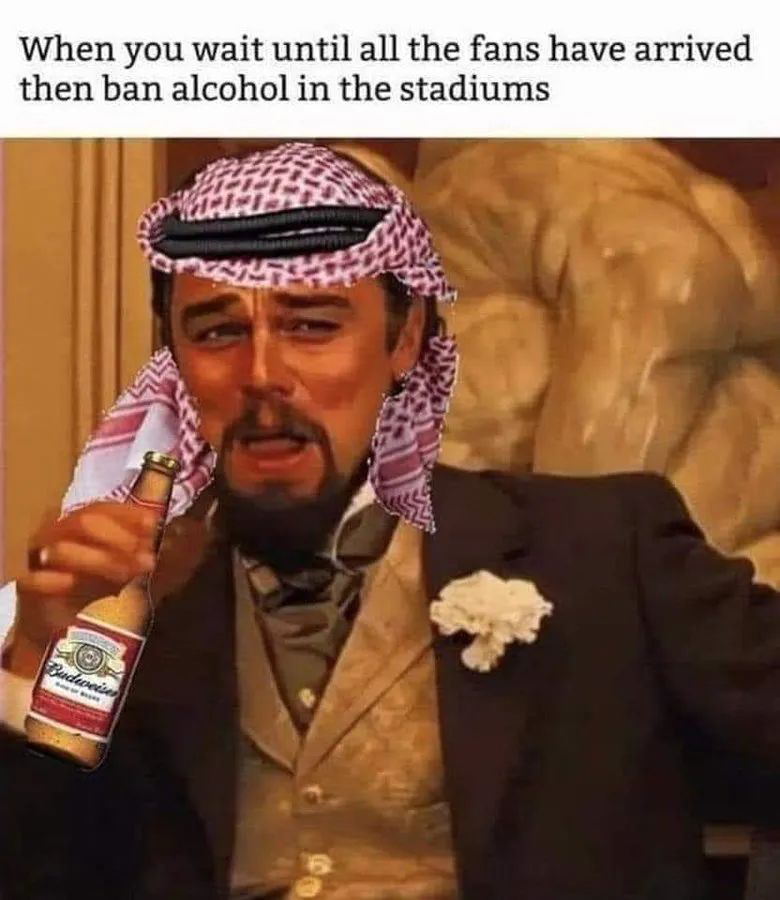 Presumably, everyone already knows that Qatar is an authentic Arab country, and "rich" and "taboo" are synonymous with it. Alcohol is strictly controlled here, and it is illegal for passengers to bring alcoholic beverages into the country and to drink in public.

Before hosting, Qatar promised that beer can be bought in the competition venue and fan area, and the price will be very reasonable. Budweiser even signed a $75 million sponsorship deal with FIFA.

Unexpectedly, Qatar changed its mind at the last minute. If it fails to comply with the regulations, it will be at its own risk. If it is serious, it will face jail time!

As soon as this news came out, many British netizens complained: "The most basic happiness has been taken away..." Another England fan took a photo of drinking a beer in a British pub and joked: "Last pint under 10 pounds for a while.." 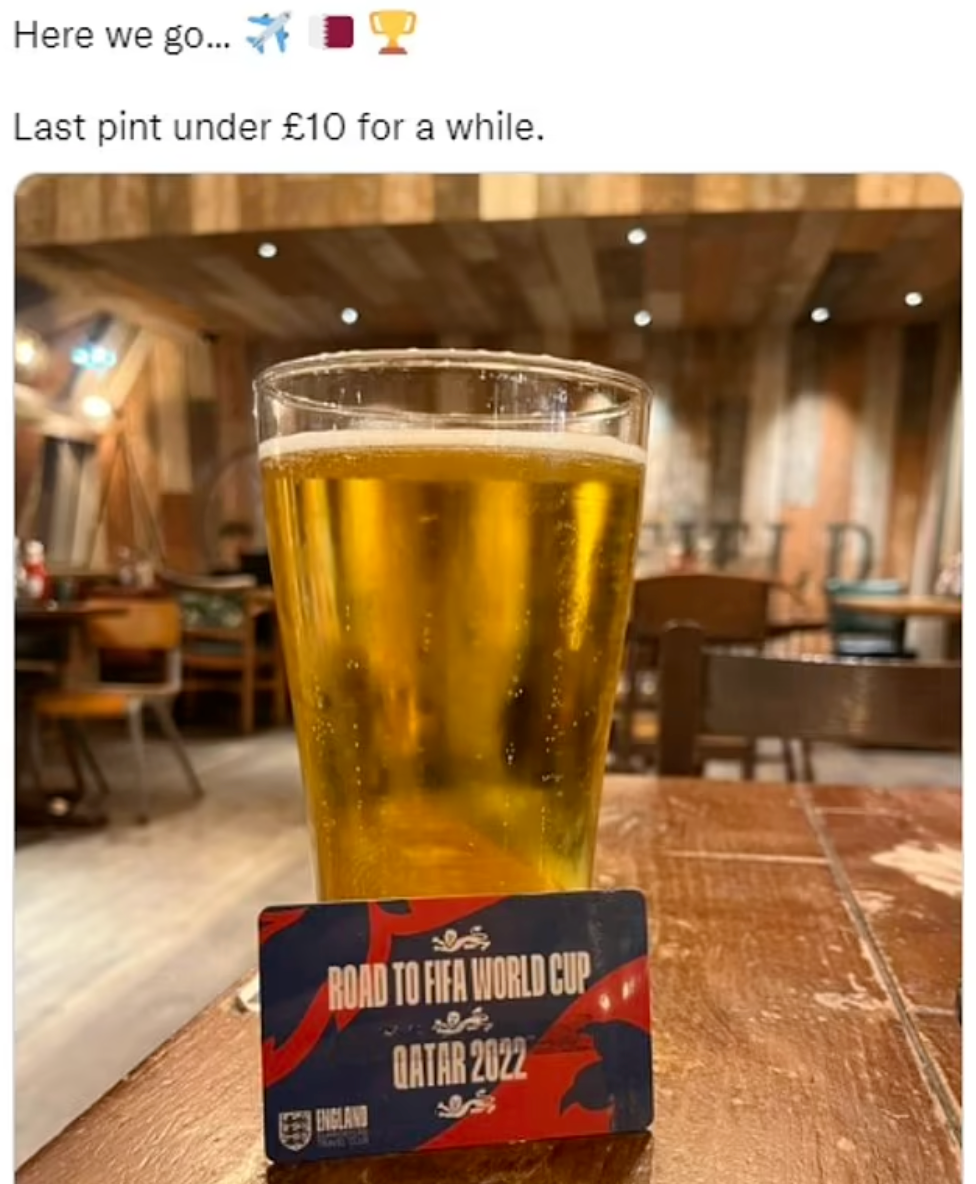 After Ecuador beat host Qatar 0-2, thousands of fans even chanted: We want beer!

Obviously, the unhappy faces of the host. Be careful to turn off your air conditioner, and rise the price of oil tomorrow!

Budweiser has also toiled to get beer shipped to Qatar from all over the UK and back... even said on his official Twitter account: Well, this is awkward... 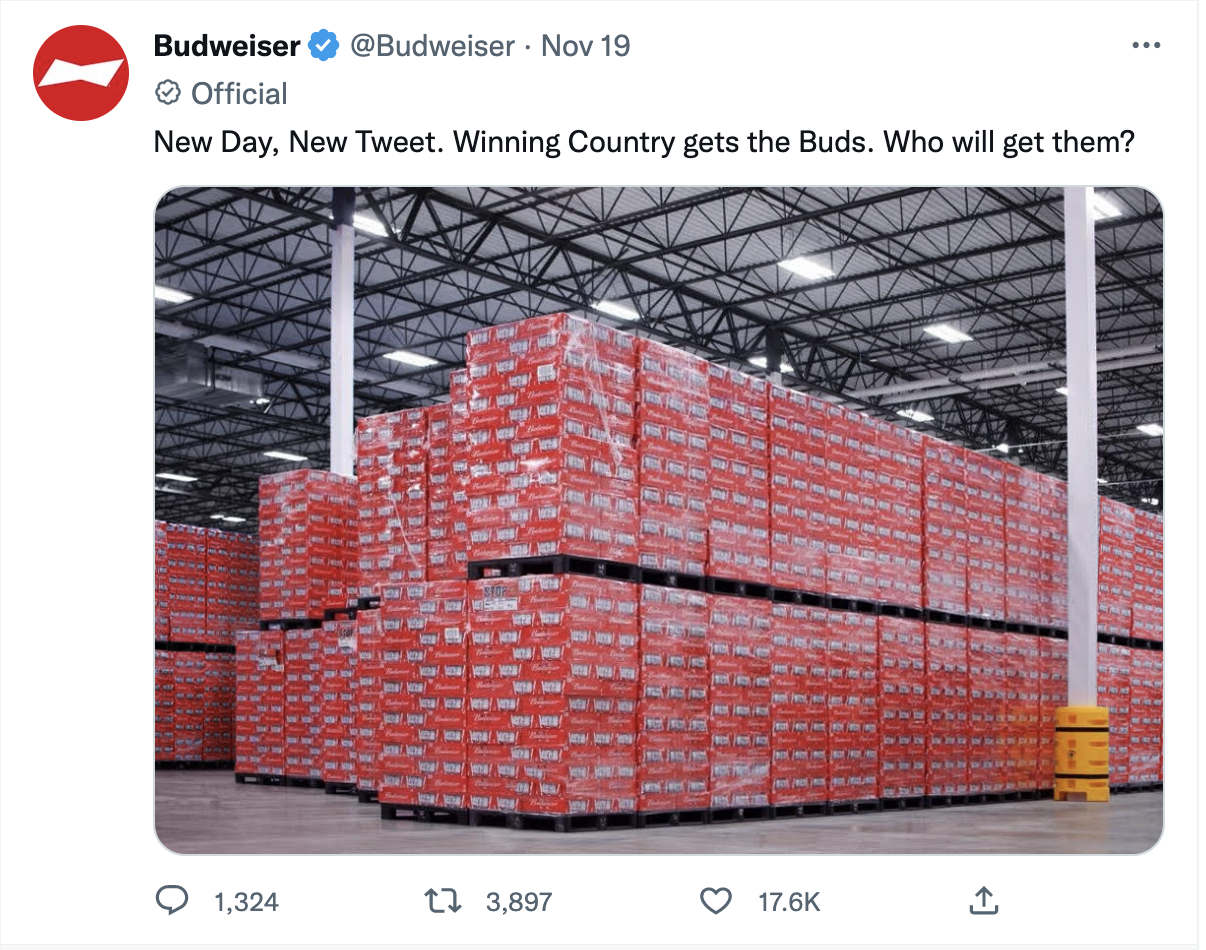 Besides Budweiser, there will be winners and losers at this year’s FIFA World Cup — both in the stadium and stock market.

Qatar’s population of roughly 3 million is less than a third of New York’s or London’s metropolitan areas. And its capital Doha is limited to hosting visitors, as it has just 30,000 hotel rooms. This means that a “substantial” number of tourists will “spill over” and travel to other regional hubs such as Dubai and Abu Dhabi. $Booking Holdings(BKNG)$

The airlines and fuels will likely benefit from the World Cup almost immediately. Over the long term, the steady growth in air traffic given the expansions at airlines and Doha’s airport. $Delta Air Lines(DAL)$ $JETS(JETS)$

Feeding and quenching fans’ thirst will also be big business in Qatar and the surrounding region. Global restaurant chains may benefit due to the increased consumption of fast food during the World Cup. $McDonald's(MCD)$ $Domino's Pizza(DPZ)$

The World Cup won’t just benefit consumer companies in Qatar and the surrounding region, but the world over. According to data, during the 2018 World Cup, food delivery firms received 3 times as many orders as on a regular day during crucial matches. $Uber(UBER)$ $DoorDash, Inc.(DASH)$ $Grab Holdings(GRAB)$

In the end, hope you guys have fun watching the game and good luck to all! 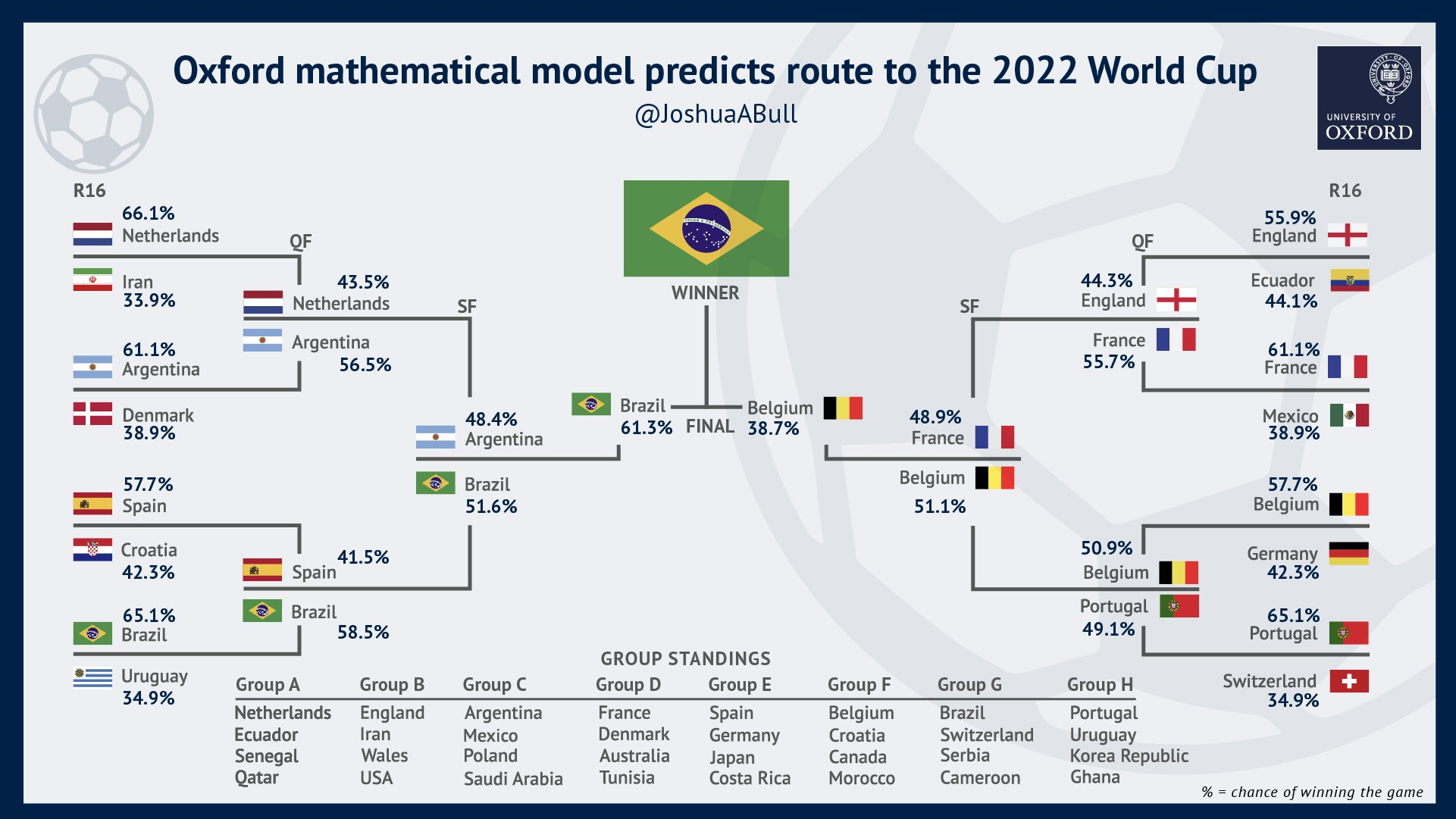 # What's your story with football?