Why did someone trade an $18 million put option on Apple?

CPI landing market trend steady I feel nothing, plus yesterday on the cold stopped a more. But when I look at the list today, I have a vague feeling that there is something wrong: 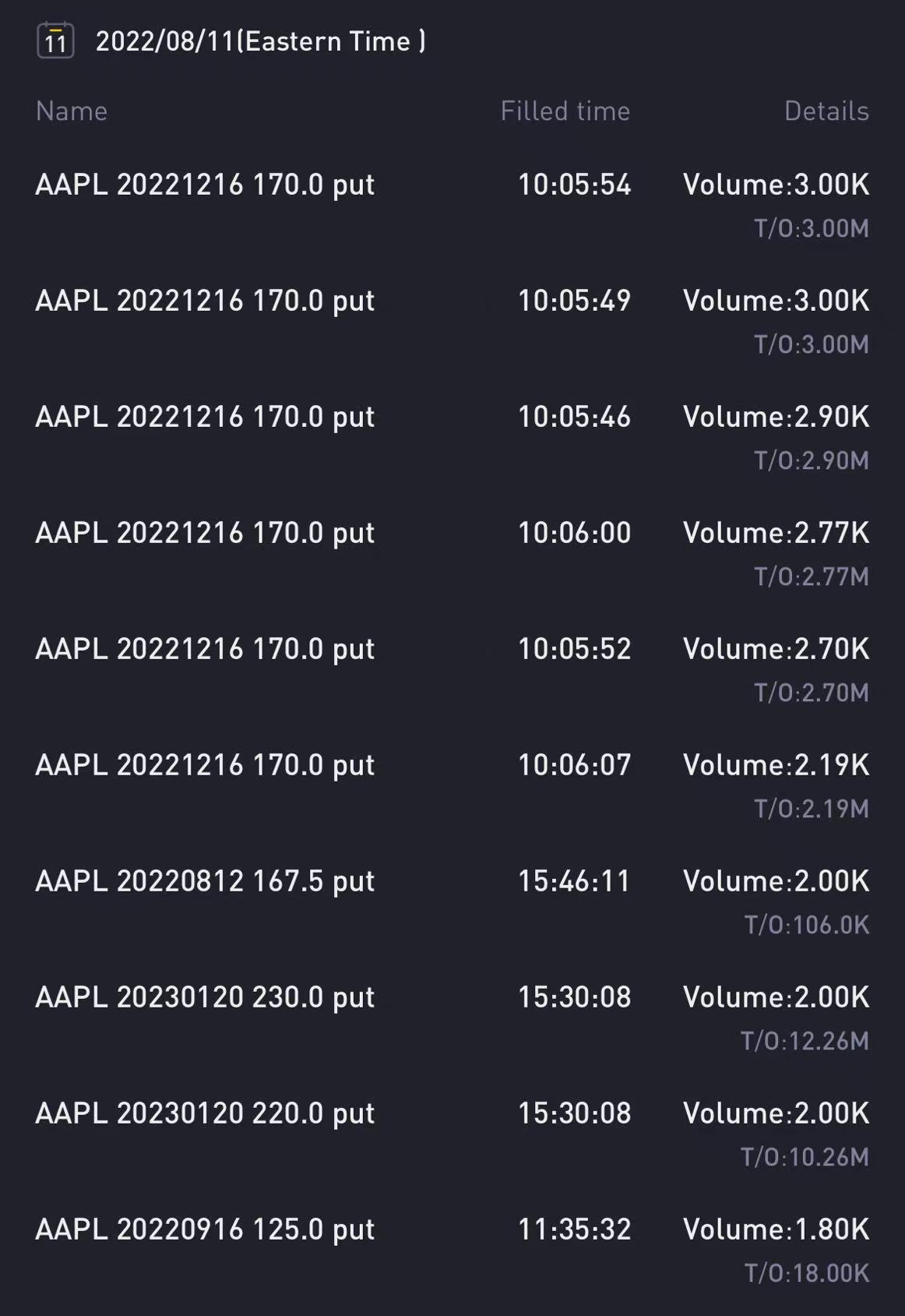 The expiration date is December 16th and the strike price is $170, which is an in-the-money PUT at the current apple price of $169. Although the current trend of Apple has reached the top of the stage, but also not so completely bearish?

There is no rush to judge the exact outcome. As a rule of thumb, such big orders are usually delayed, and even if Apple turns the tide and starts to decline, it will be a few days later. During this period, you can think slowly, observe and deal with your position, and there is plenty of time.

In another pre-market flash point, the announcement of five major state-owned enterprises delisting from the United States, combined with the news of Alibaba's dual listing in Hong Kong, stirred speculation.

However, I think the bulk return of Chinese stocks is highly likely to be positive for Hong Kong stocks, otherwise there would be no one for $iShares China Large-Cap ETF(FXI)$ 4 million call in advance:​﻿ $FXI 20221118 30.0 CALL$

That's about it. Have a great weekend, everybody!