It all started last night.

I looked at the changes before going to bed and found that two short puts of TSMC had a total amount of about 2 million. If it's a bet on earnings, that's a lot, but if it's a bet on geopolitical instability, it's a child's play.

Such an important geopolitical event, the magnitude of capital must be ten million level start, and must be early layout, which have the day of the order?

Millions can only say meaning meaning, do a mood wave. Every time something happens to Taiwan, the usual $Taiwan Semiconductor Manufacturing(TSM)$ goes down and $GLOBALFOUNDRIES Inc.(GFS)$ goes up, I don't take it seriously and go to sleep.

When I got up in the morning, I saw some of my trader friends start to lay out empty orders, thinking about what I missed...

My expression froze: There was a case.

Do you remember when I said something about the unusual options movement on the FOMC that day? It is clear that the market is dovish bullish from the expectation to the direction of the market, but I don't know why someone would spend tens of millions or even hundreds of millions of dollars to buy the forward depth of the PUT on the day. 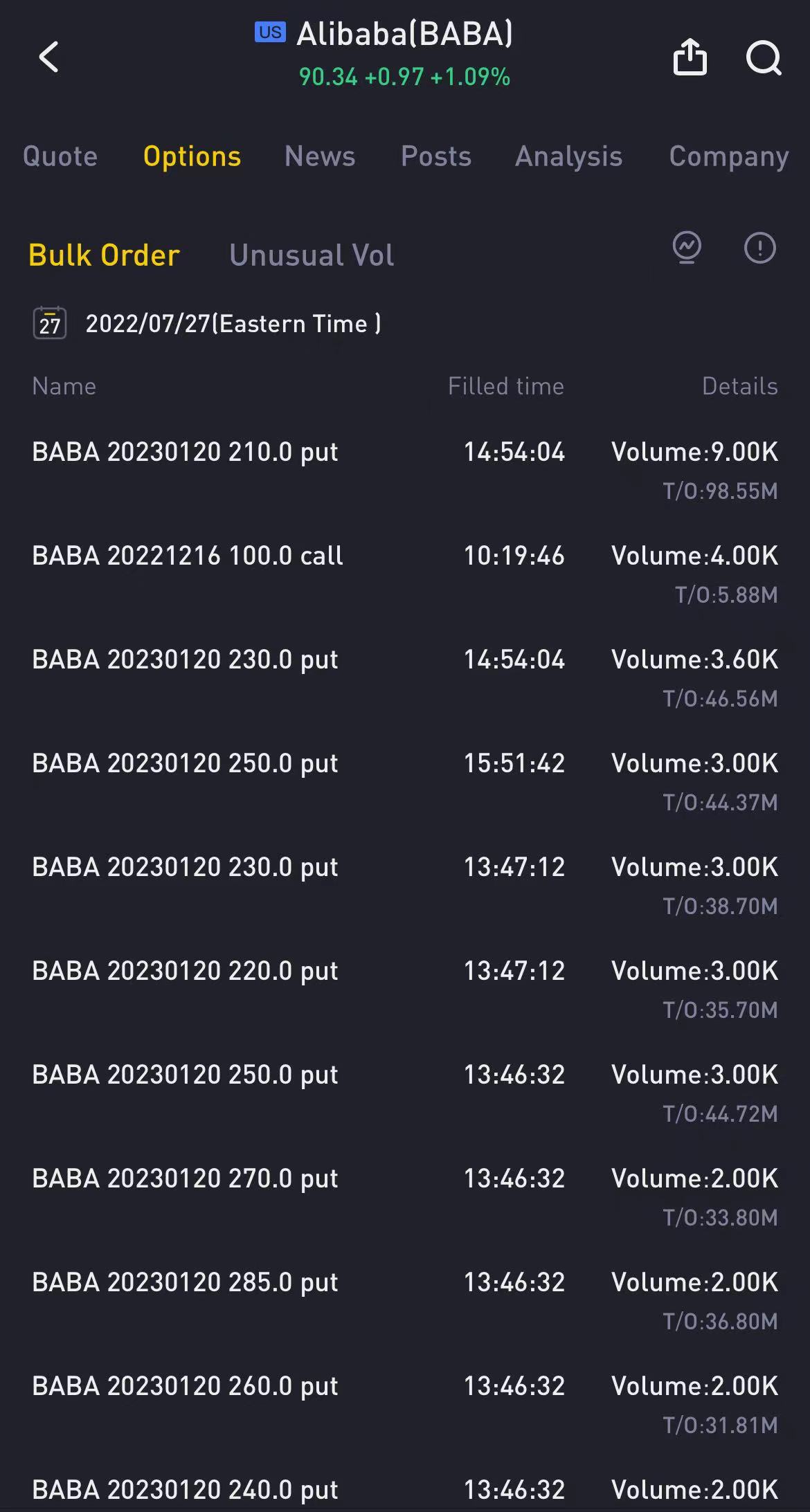 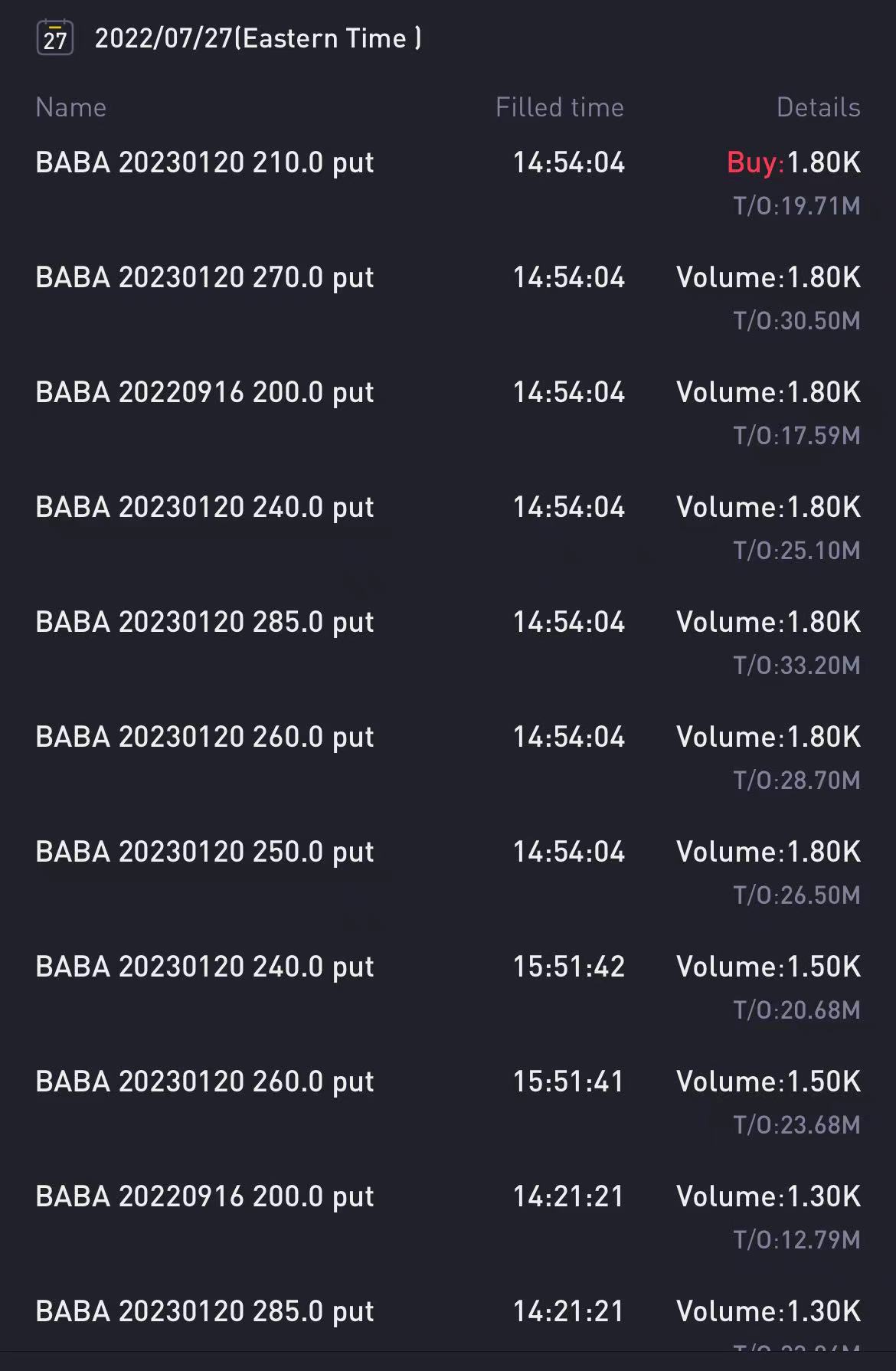 I was puzzled at the time. Now it seems that the relevant informed people used the FOMC to cover up orders. Such a huge move would have been reported and interpreted by the financial media in normal times, but on an important monetary policy announcement day, it would have been interpreted as a forward layout of interest rate hike expectations.

And can only be Ali, if replaced by TSMC, even on the FOMC day order will feel very out of place. TSMC suddenly added billions of short orders, everyone knew something was going wrong.

It wasn't just Alibaba that was put in the day, there were a lot of other U.S. stocks. Other stocks put short order is not so sure, but Ali put short order large probability is Pelosi to do.

Unlike the Russia-Ukraine conflict, only Putin knows if there will be a fight, but as far as I know Putin has no taste for buying options.

Only Ms. Pelosi and the people around her who set up the trip know, and from what I understand, Ms. Pelosi likes to buy options.

In the stock market like chess, we think that the purpose of the huge short order layout is for the FOMC, but it is just a smoke screen for the next move. The known information does not determine the direction, the unknown is the most critical.

As with yesterday's $Pinterest, Inc.(PINS)$ $earnings forecast, it can be concluded that this quarter is very bad and can be bearish.

But after the earnings announcement of the company to offer a big killing device acquisition expectations, the stock price rose instead of falling. As you can see, PINS options orders were almost all calls last night. Can't use smoke to cover up the fall, the later the better. 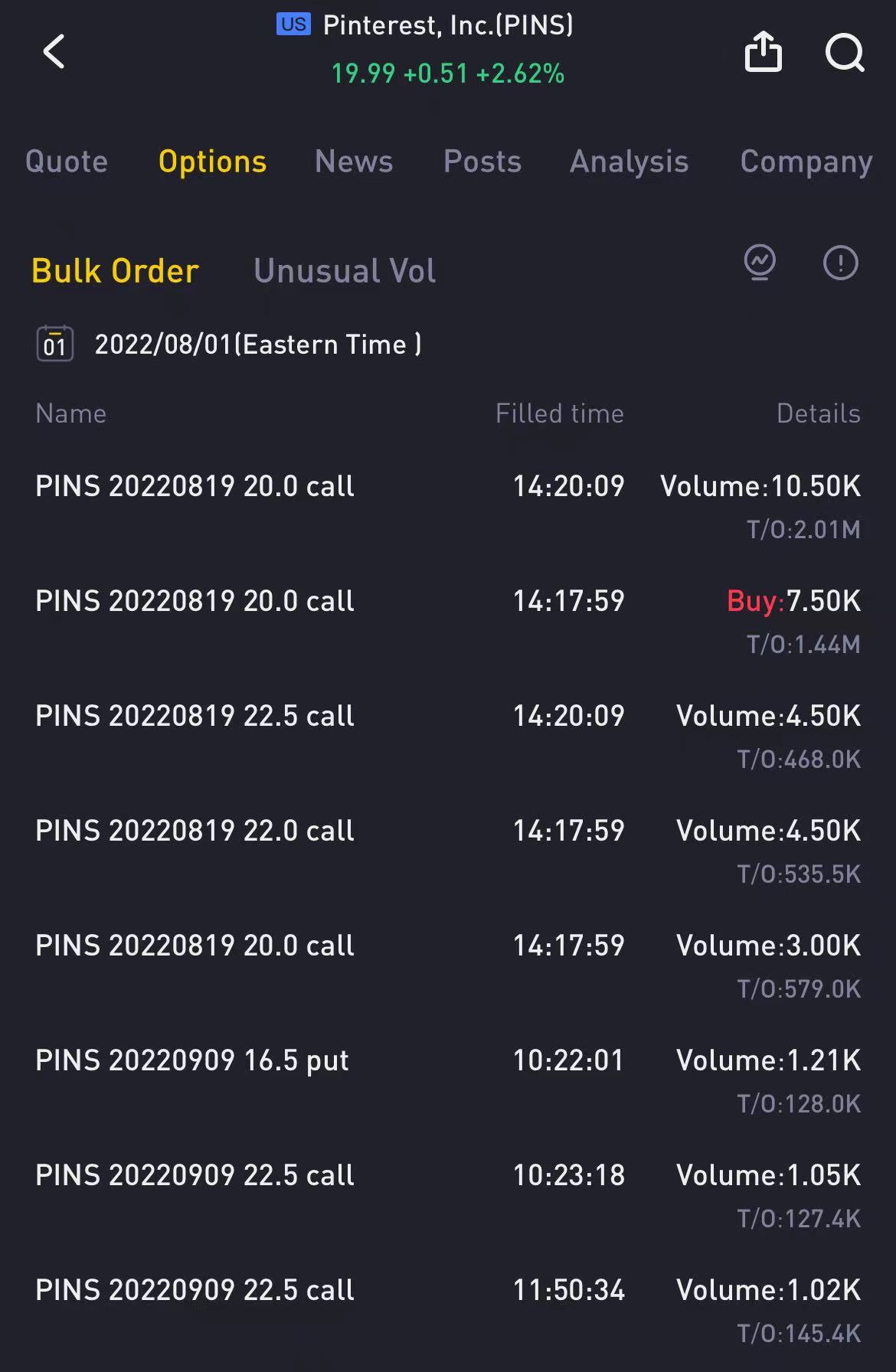